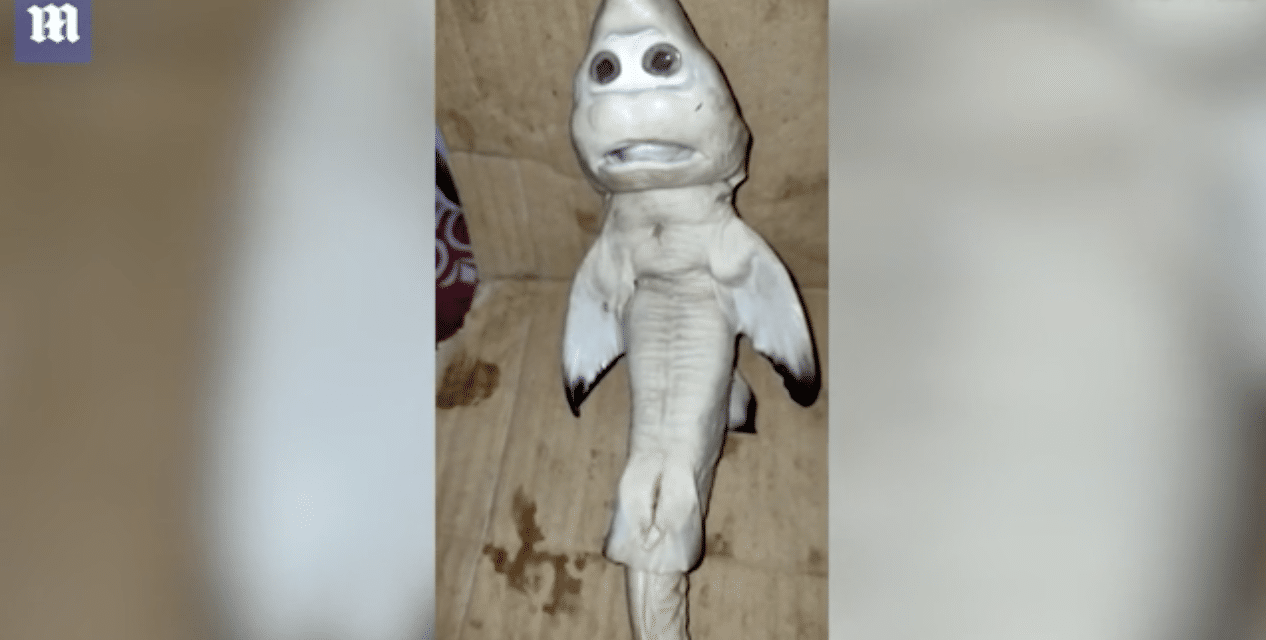 (Daily Mail) – Of all the weird and wonderful creatures you might come across in the sea, a mutant shark with ‘a human face’ doesn’t spring to mind. But a fisherman off the coast of Indonesia was left baffled when he came across just that.

The mutant baby shark was caught by Abdullah Nuren, 48, in the waters near Rote Ndao in the East Nusa Tenggara province. The fisherman had first accidentally caught an adult shark in his trawler net and when he cut open its stomach, three pups were inside. One of them had a distinctly ‘human’ appearance, with two large round eyes underneath its snout.

‘I initially found a mother shark caught in the trawler net,’ explained Nuren. ‘The next day I split the belly of the mother shark and found three pups in the stomach. ‘Two were like the mother and this one looked like it had a human face.’ Nuren took the baby shark home to his family who has helped him preserve it.

He said neighbors have offered to buy the shark from him, but he has refused. My home has been crowded with people who want to see the shark,’ he said. ‘Many people want to buy it, but I will preserve it instead. I think it will bring me good luck.’ READ MORE