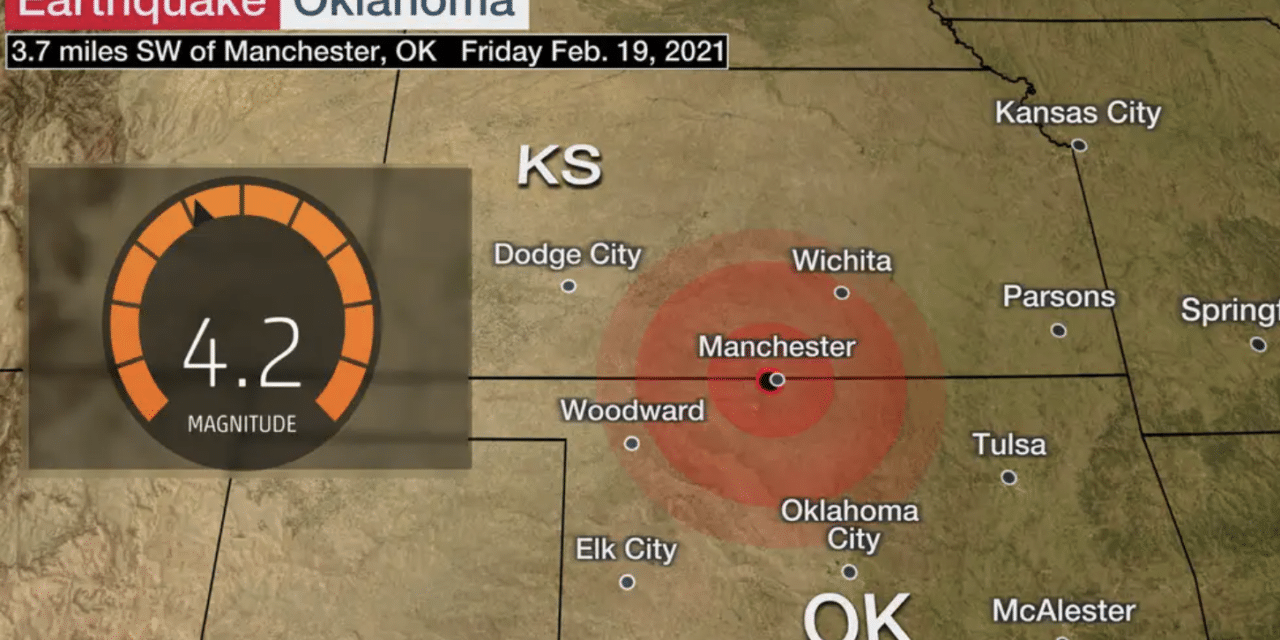 (TWC) – An earthquake rattled parts of Oklahoma and Kansas Friday morning. The U.S. Geological Survey gave the quake a preliminary rating of 4.2 magnitude.

It struck at 7:56 a.m. CST and was centered about 3.5 miles southwest of Manchester, Oklahoma, near the Kansas state line, and at a depth of about 4 miles. There were no immediate reports of injuries or damage. Shaking was felt as far away as Kansas City, about 270 miles to the northeast, according to the USGS shake map.

Hundreds of people reported feeling the quake. Most indicated they felt weak or light shaking. The majority of the reports came from within about 150 miles of the epicenter, including Oklahoma City to the south and Salina, Kansas, to the north. READ MORE