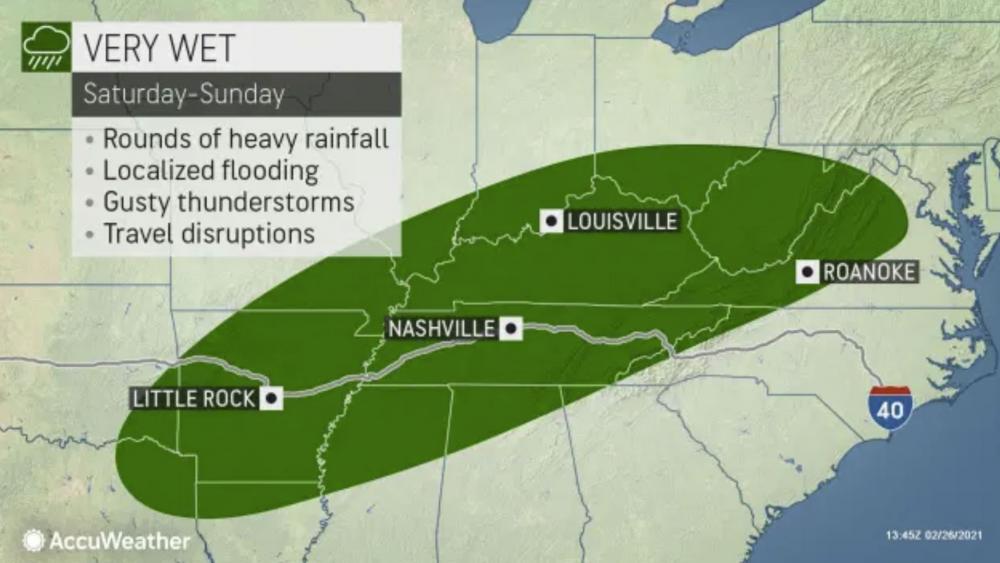 (CBN) – One week after a wild stretch of winter weather slammed a large portion of the southern United States with snow, ice and bitterly cold air, some of the same areas are now facing the risk of flooding.

The same storm that brought some of the biggest snowfall accumulations of the winter to parts of Colorado on Wednesday and Thursday is expected to reorganize over the South Central states through the end of the week. This system will be followed by a series of storms that are forecast to move along a developing temperature boundary.

As rainfall develops and lingers along an approximate 1,000-mile-long zone, flooding problems may escalate beyond urban areas to include rapid rises along small streams and high water along some rivers in the region. Even though the snow and ice that occurred in the south-central region of the U.S. melted and ran off into streams and rivers prior to the arrival of the rain, the soil is still potentially wet enough for accelerating runoff as this rain event unfolds and evolves into a long-duration event.

An average of 1-4 inches of rain is forecast over a several-day period from central Texas to Maryland and Delaware, which would not be enough to trigger widespread small stream and river flooding. “However, there is the potential for 4-8 inches of rain to occur in localized areas where downpours from multiple storms overlap into next week,” AccuWeather Senior Meteorologist Brett Anderson said. READ MORE