Congresswoman’ Greene hangs ‘There are two genders’ sign in Capitol hall, amid fight with Dems over LBGTQ bill 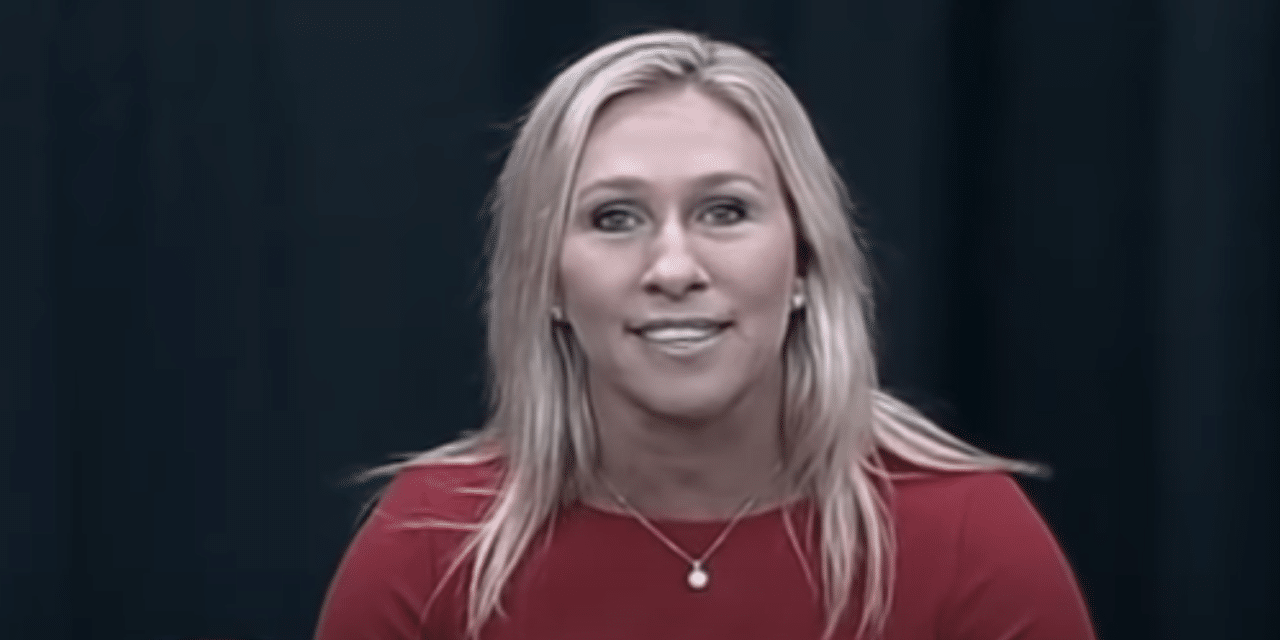 (RT) – Republican Congresswoman Marjorie Taylor Greene has struck back against Democrat Rep. Marie Newman, planting a sign reading “there are two genders” outside Newman’s office after a trans rights flag went up outside her own.

In a speech to the House on Wednesday, Greene (R-Georgia) vocally opposed the Equality Act, a bill that would modify the Civil Rights Act to make “sex, sexual orientation, [and] gender identity” protected classes.

Opponents say this designation would lead to transgender women being allowed to compete against biological women in sports, male inmates being housed with female ones in prison, and religious businesses being forced to serve LGBTQ customers against their will, among other concerns.

Greene’s speech clearly ticked off a few Democrats, among them Illinois Rep. Marie Newman, who shares a hallway with Greene in the Longworth House Office Building.

In a move cheered by liberals and decried by conservatives as a “moronic stunt,” Newman erected a transgender pride flag outside her office, “so she can look at it every time she opens her door.”

Not one to leave a petty stunt unanswered, Greene struck back later on Wednesday night, hanging a sign reading “There are TWO genders: male & female” outside her own office. “Trust the science,” read the sign’s bottom line, aping the popular liberal mantra. READ MORE