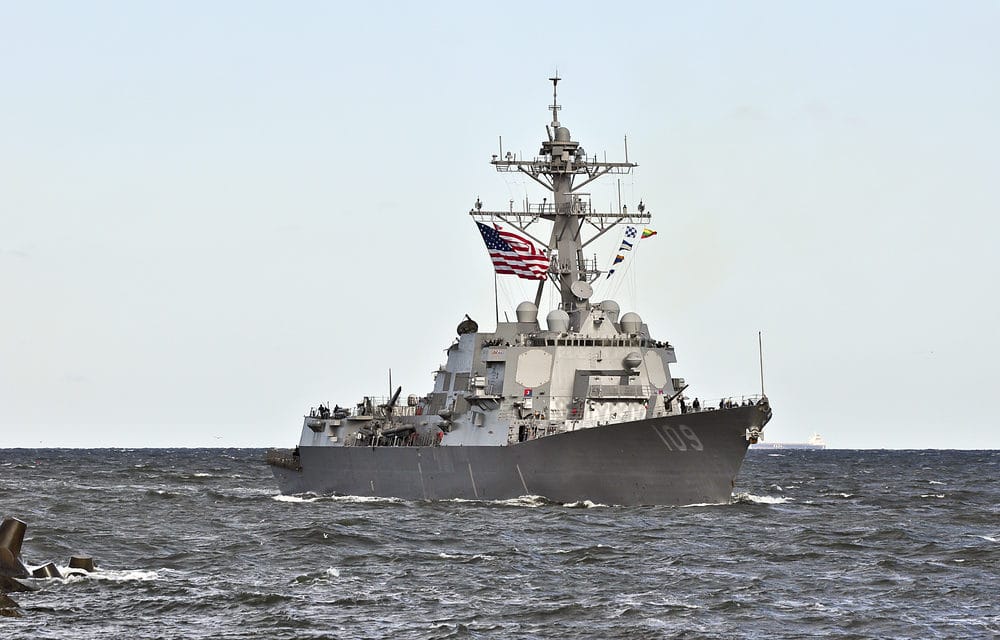 (RT) – Beijing has said it continues to monitor US military maneuvers near the Chinese mainland and Taiwan, warning that China is ready to respond to American threats and provocations.

Speaking on Thursday, Chinese foreign ministry spokesman Wang Wenbin told reporters that Beijing had carefully followed the passing of a US warship through the Taiwan Strait earlier that same day. “China will continue to maintain a high level of alert at all times, ready to respond to all threats and provocations at any time, and resolutely defend national sovereignty and territorial integrity,” Wang stated.

“It is hoped that the United States will play a constructive role for regional peace and stability, not the other way around.” On Thursday, the guided-missile destroyer USS John S. McCain thundered through the Taiwan Strait, the US Navy’s first trip through the waterway in 2021.

“The ship’s transit through the Taiwan Strait demonstrates the US commitment to a free and open Indo-Pacific,” Seventh Fleet spokesman Lt. Joe Keiley said, describing the sail “routine” and “in accordance with international law.” Beijing has repeatedly urged Washington to abide by the ‘one-China’

principle and not take actions that would damage Sino-US relations as well as peace and stability across the Taiwan Strait. Nevertheless, Taiwan maintains its independence from China and the new Biden administration has reiterated its “rock solid” commitment to the island’s defense. READ MORE