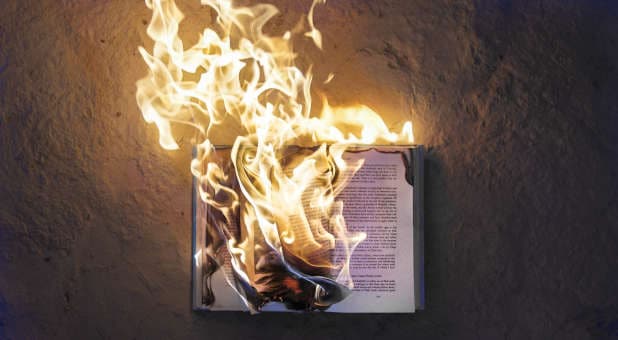 (OPINION) Charisma – On July 5, 2019, I posted an article titled, “Will Amazon Ban the Bible Next?” That’s because Amazon had removed the books of Dr. Joseph Nicolosi, the psychologist whom critics have dubbed “the father of conversion therapy.” In other words, for claiming that sexual orientation is not innate and immutable and for claiming that change is possible, Dr. Nicolosi’s books must be banned.

This led to a logical question: Will Amazon ban the Bible next? As I wrote, “After all, it is the Bible that condemns same-sex relationships and the Bible that speaks of those who once practiced homosexuality but do so no more (see 1 Cor. 6:9-11). These people today would be known as “ex-gays.” And it was Dr. Nicolosi’s life work to help people with unwanted same-sex attractions.

“Why, then,” I asked, “should Amazon ban his books but continue to sell the Bible, which provides the theological underpinnings for Dr. Nicolosi’s scientific work?” Since then, Amazon has removed books by other ex-gay authors, meaning that, if you used to be same-sex attracted and no longer are Amazon will not let you tell your story. You are banned. Banished. Purged. Canceled.

It doesn’t matter if Jesus changed your life. It doesn’t matter if you received help through professional counseling. You must be silenced. (For the question of why ex-gays—and ex-trans individuals—are considered such a threat, see here. Now, Amazon has gone one step further in removing the important book by Ryan Anderson, When Harry Became Sally: Responding to the Transgender Moment. (No sooner did I write this than Apple joined in the ban.) READ MORE