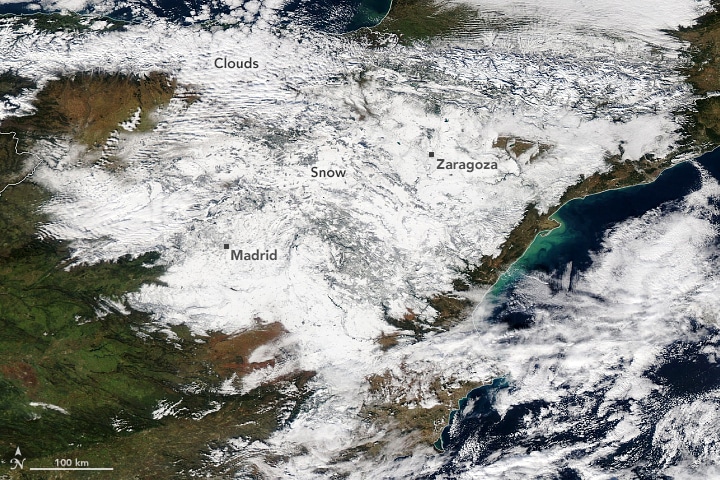 (ETH) – Spain just experienced the worst snowstorm in over 50 years as a moist, low-pressure weather system that formed over the Atlantic ocean collided with a cold air mass sitting over western Europe on January 7th and 8th that produced heavy rainfall and flash floods in southern parts of Spain, and the heaviest snowfall in central,

northern, and eastern parts of the country since 1971. The storm which was named Filomena by Spain’s Meteorological Agency (AEMET) has left hundreds of roads impassable and at least 3 people dead. According to a report from the Watchers, The Capital of Spain, Madrid was reportedly engulfed with rare,

widespread accumulations that measured between 8 to 12 inches on Friday, January 8th which produced severe traffic disruption. Some areas in central, northern, and eastern Spain even recorded up to 20 inches of snow. The report goes further to reveal that close to 700 roads and highways were left impassable across the country,

resulting in thousands of people left stranded in their vehicles overnight, prompting rescue operations for a number of drivers suffering the early onset of hypothermia. In total, more than 2 500 trapped drivers were rescued by emergency workers.