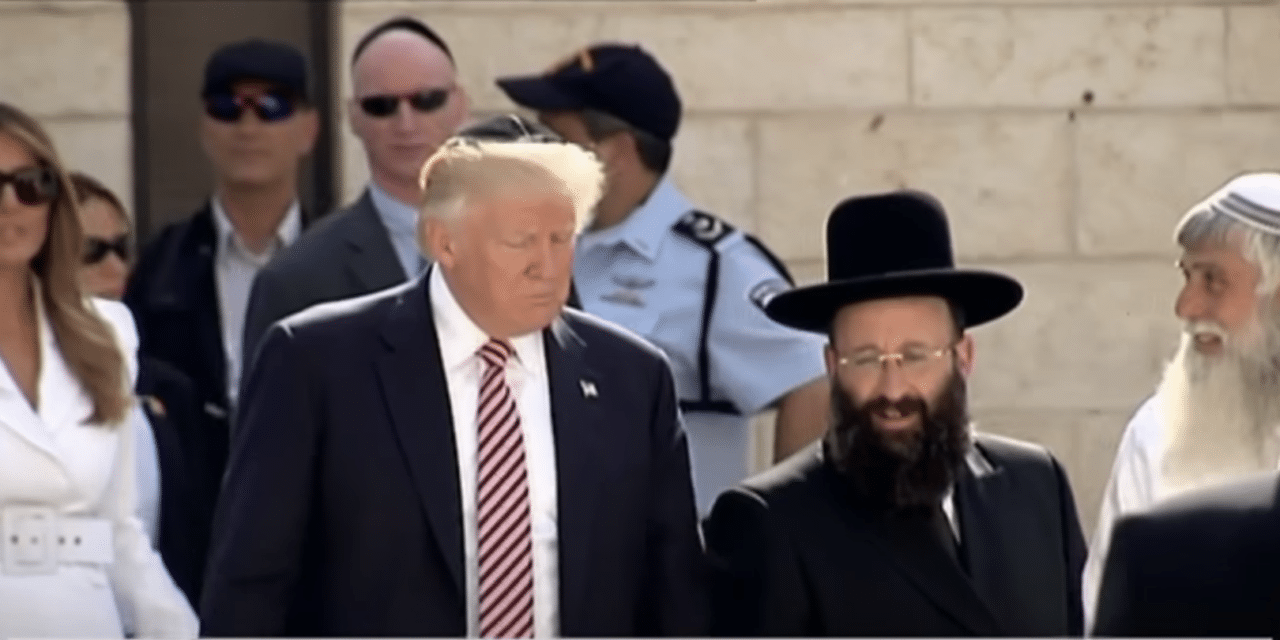 (OPINION) Israel365News – As Joe Biden is busy announcing his plans, the White House produced a list of President Trump’s top achievements. And though the list tops at over 700, to many of his most ardent advocates, his term in office will be remembered as one of unprecedented love of Israel.

Though the list is indeed impressive by any standard and well-worth perusing, this article will focus on his achievements that involved Israel. Under the heading, “Renewed our cherished friendship and alliance with Israel and took historic action to promote peace in the Middle East,” (which could be an accomplishment unto itself) the White House listed ten achievements.

1: RECOGNIZED JERUSALEM AS THE TRUE CAPITAL OF ISRAEL AND QUICKLY MOVED THE AMERICAN EMBASSY IN ISRAEL TO JERUSALEM – The Jerusalem Embassy Act of 1995 legislated that Jerusalem should be recognized as Israel’s eternal capital and the embassy’s location should reflect that. And though every president elected since the act was passed has promised to bring it about, in December 2017, President Trump became the first to have the courage to do so.

His action was widely condemned by Democrats and other national leaders and earned him a negative vote in the United Nations as many warned that his action would lead to an apocalyptic war in the Middle East. Not only did the war fail to appear, but Trump has led the Middle East to unprecedented peace agreements.

2: ACKNOWLEDGED ISRAEL’S SOVEREIGNTY OVER THE GOLAN HEIGHTS AND DECLARED THAT ISRAELI SETTLEMENTS IN THE WEST BANK ARE NOT INCONSISTENT WITH INTERNATIONAL LAW – In this achievement, the administration is selling itself short, listing two massive achievements, each spectacular in its own right, as one. In March 2019, President Trump signed a presidential proclamation making the United States the first country to recognize Israeli sovereignty over the vital region that was captured in the defensive 1967 Six-Day War and annexed in 1981.

The move also helped tip the scales in Israel’s favor at a time when Iran was expanding regionally into Syria just across the border. In recognition of Trump’s largesse, Israel dedicated Trump Heights, the first community in Israel named after a sitting American president since Kfar Truman.

3: REMOVED THE UNITED STATES FROM THE UNITED NATIONS HUMAN RIGHTS COUNCIL DUE TO THE GROUP’S BLATANT ANTI-ISRAEL BIAS – In June 2018, Nikki Haley, Trump’s indomitable ambassador to the UN, announced that the US would be ending the farce of participating in the woefully misnamed United Nations Human Rights Council. “I want to make it crystal clear that this step is not a retreat from human rights commitments,” Haley told the media in the announcement.

“On the contrary, we take this step because our commitment does not allow us to remain a part of a hypocritical and self-serving organization that makes a mockery of human rights.” The decision could easily have been based on the hypocritical record of many of its 47 member states, as Haley called the council a “protector of human-rights abusers, and a cesspool of political bias,” and said that “America should not provide it with any credibility.”

But she made it clear that the withdrawal was due to the council’s “chronic bias against Israel.” Established in 2006, George W. Bush withdrew from the council over its spotty record but that decision was reversed by Barack Obama who was clearly not as concerned about the humanitarian abuses or the anti-Israel bias.

4: BROKERED HISTORIC PEACE AGREEMENTS BETWEEN ISRAEL AND ARAB-MUSLIM COUNTRIES, INCLUDING THE UNITED ARAB EMIRATES, THE KINGDOM OF BAHRAIN, AND SUDAN – Making peace in the Middle East has long been a metaphor for an unachievable and amazing political achievement but Trump made this a reality by brokering the Abraham Accords. The agreements normalized relations between Israel and several of its Muslim Arab neighbors in the Gulf. Trump and his team achieved this by rejecting the “conventional wisdom” that the key to peace was an agreement with the “Palestinians” and the creation of a Palestinian political entity inside Israel’s borders, ethnically cleansed of Jews and with its capital in Jerusalem. READ MORE