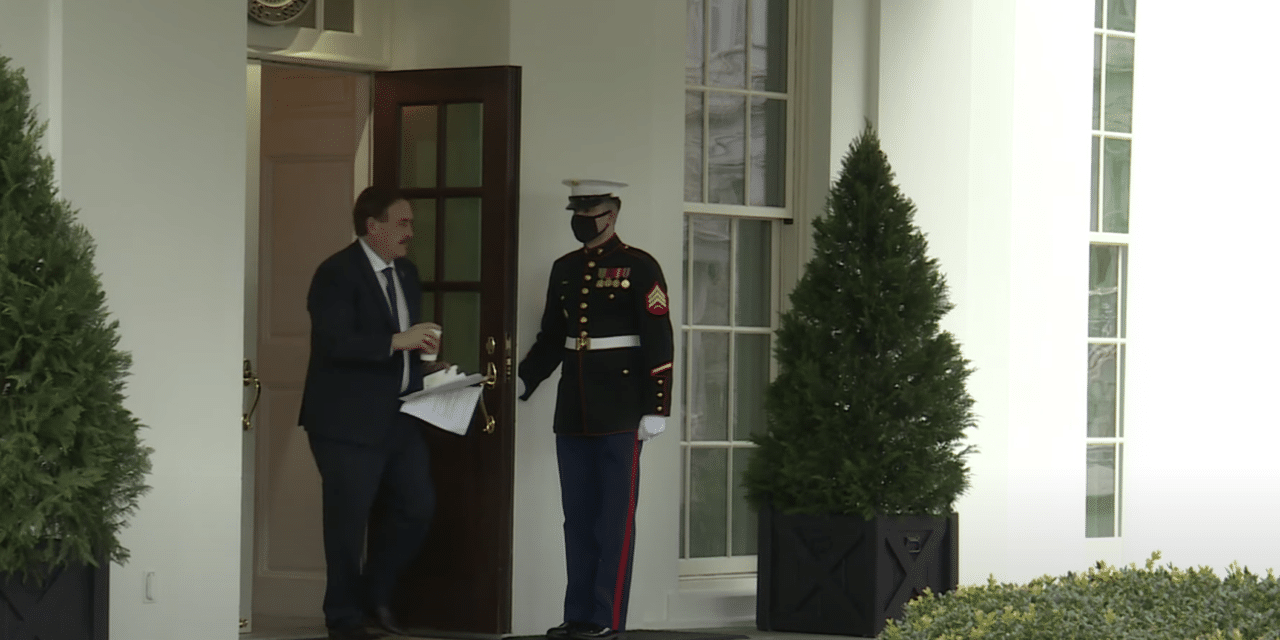 (ETH) – President Donald Trump reportedly met with MyPillow exec Mike Lindell today – who was carrying notes into the White House that referenced Martial Law and even a final leadership shakeup at the CIA.

According to the Daily Mail, Mike Lindell, who has been a Trump advisor who has echoed many of his allegations and conspiracy theories regarding the election, reportedly appeared unexpectedly at the White House on Friday afternoon with a Marine who was stationed outside of the West Wing, which likely indicated that Trump was there.

The report revealed that a close-up of Lindell’s notes showed some bizarre snippets about what may be on his mind. Lindell, like Trump, spoke to the rally crowd before Trump supporters invaded the Capitol. A Washington Post photographer obtained a close-up of the papers carried by Lindell.

Advertisement
In the close-up of the notes, One of the lines read ‘martial law if necessary upon the first hint of any.’ The term does not come without precedent. This idea was floated around by Former National Security Advisor Mike Flynn who spoke openly about it while parroting Trump’s claims of a ‘rigged’ election – and scored his own White House meeting afterward.

Another line, in the notes partly obscured by Lindell’s hand, likely referenced the ‘Insurrection Act’ – the subject of discussion before after the election about the use of forces inside the country. It said to ‘Act now as a result of the assault on the …. Other lines in the notes referenced the recommendation of staff moves.

The Daily Mail stated: “One might indicate moving ‘Colson NOW as Acting National Security’ – suggesting a staff move atop the National Security Agency. Other language references Fort Mead and a top cybersecurity lawyer, which could identify Frank Colon, who according to his LinkedIn page is an attorney with Cyber Operations 780th Military Intelligence Brigade”.