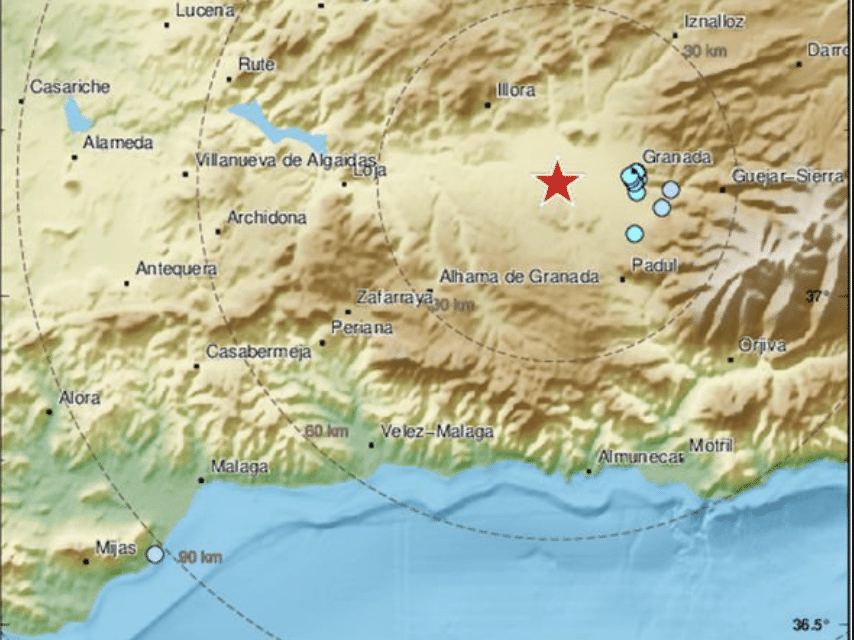 (ETH) – Spain has just been rattled by a magnitude 4.2 earthquake marking it the tenth earthquake that has struck in the Granada region since last Wednesday according to Express.

The earthquake’s epicentre reportedly was located at a depth of five kilometres in Santa Fe. Multitudes reported feeling the quake with Footage and pictures being shared on social media revealing supermarkets completely demolished with debris falling from the municipal building of the Atarfe swimming pool.

One person shared a video on Twitter from one of his neighbours in Santa Fe, around 7km from Granada’s capital and stated: “If I have felt that way in Granada city, in Santa Fe, Belicena, Cúllar Vega, Atarfe, they are evaluating damages … 500,000 people live in the Metropolitan Area of Granada.

“The video is from a neighbour in Santa Fe (7k inhabitants) about 7 km from Granada capital. “It is a house with 2 floors and that is the ground floor. “Luckily there are not too many tall buildings (4 or more floors) in that context. “Everyone’s structures must be reviewed.” Another witness tweeted:

“My God my knees are shaking. “That’s a big earthquake #granada #Terremoto #earthquake” Another said it was the “biggest earthquake” they have experienced. According to the report, the quake marked the second strongest in the last thirty years according to local reports.