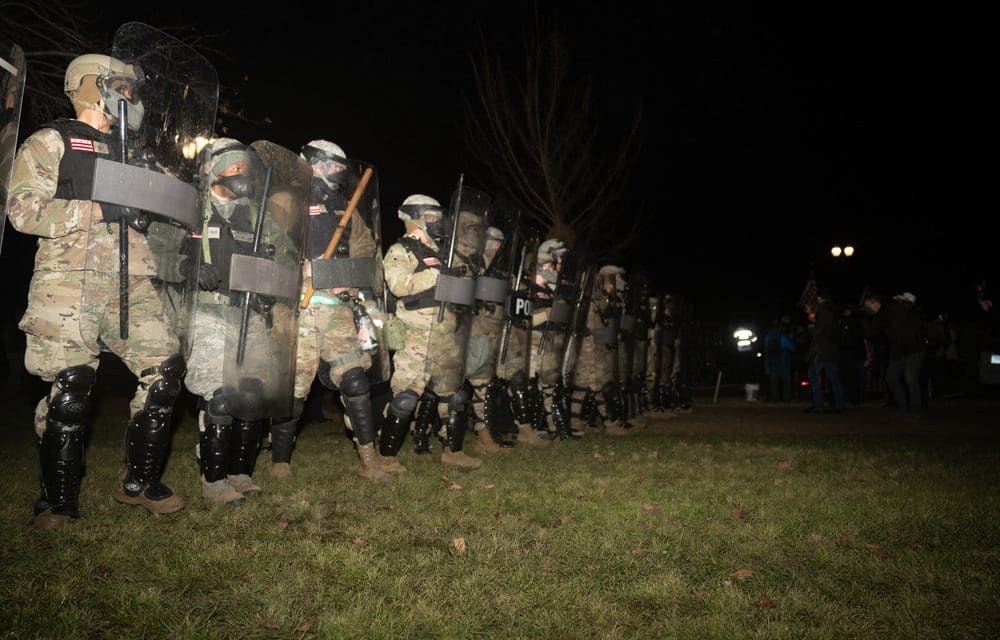 (ETH) – The Secret Service and federal law enforcement agencies are bracing for more possible violent assaults against the Jan. 20th inauguration, and have launched a security mobilization that will be unlike any in modern U.S. history according to a new report from the Houston Chronicle.

The report reveals that Secret Service will take command of security preparations at the U.S. Capitol and other federal buildings, with the help of as many as 15,000 National Guard troops, thousands of police, tactical officers, and layers of eight-foot steel fencing around the Capitol.

The extraordinary measures are starting six days earlier than planned to coordinate roles for the FBI, National Guard, U.S. Marshals Service, and a host of other federal agencies that will fall under Secret Service command. One secret service officer stated: “Everyone can just rest assured they are throwing the kitchen sink at this event,”

The report reveals that authorities are using the little time we have until Sunday and leading up to the inauguration to fortify the city and deploy officers in anticipation of potential violence on Sunday when pro-Trump groups are reported calling for armed marches in Washington and the 50 state capitals.

The level of threats that have been intercepted has Veteran Secret Service and Homeland Security officials describing a level of concern unlike anything in their careers. According to the report, Threats they fear include a plot by armed groups to encircle the White House or the U.S. Capitol and the inauguration event, as well as the possibility that gunmen could stage coordinated attacks against less-fortified targets in the city.