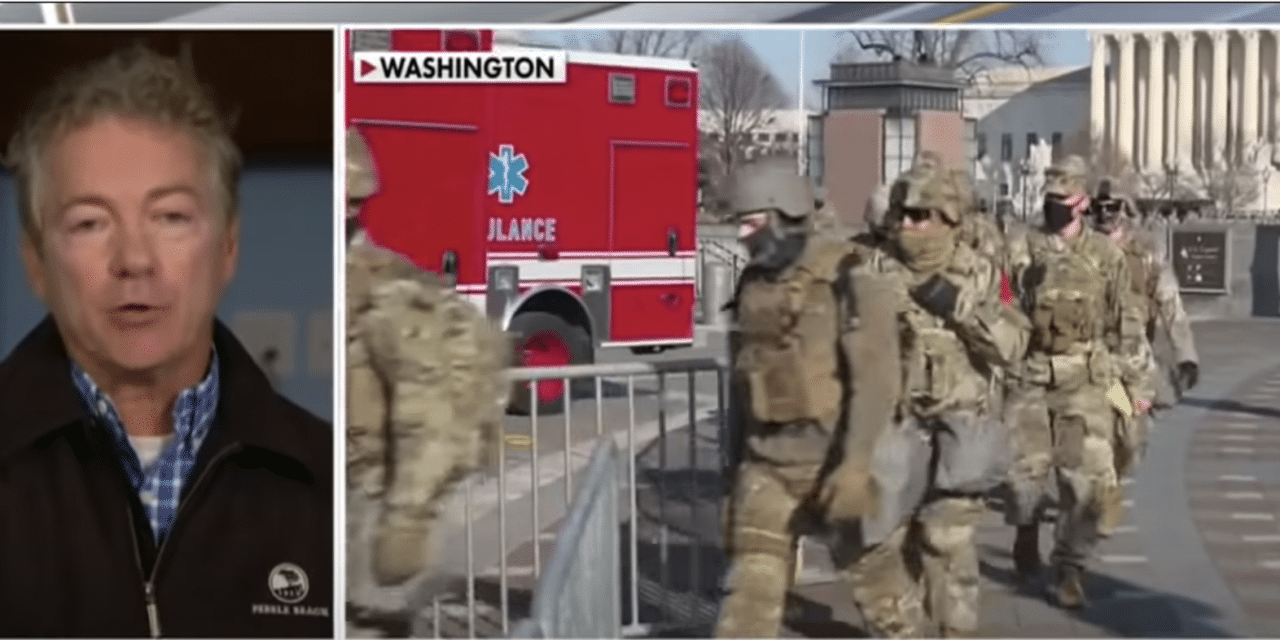 “Well, the thing is Laura, you know government. They either underreact or overreact. So, I think there was too little security obviously last week, and now we’re going to become a militarized zone. And they’re checking congressmen as they come in to see if they have a sharp pencil or a sharp pen.

So, I understand, that last week, we weren’t prepared and that was a real problem, and I regret everything that happened last week with that. But going forward, this week, I think we — there’s a danger of overreacting.”