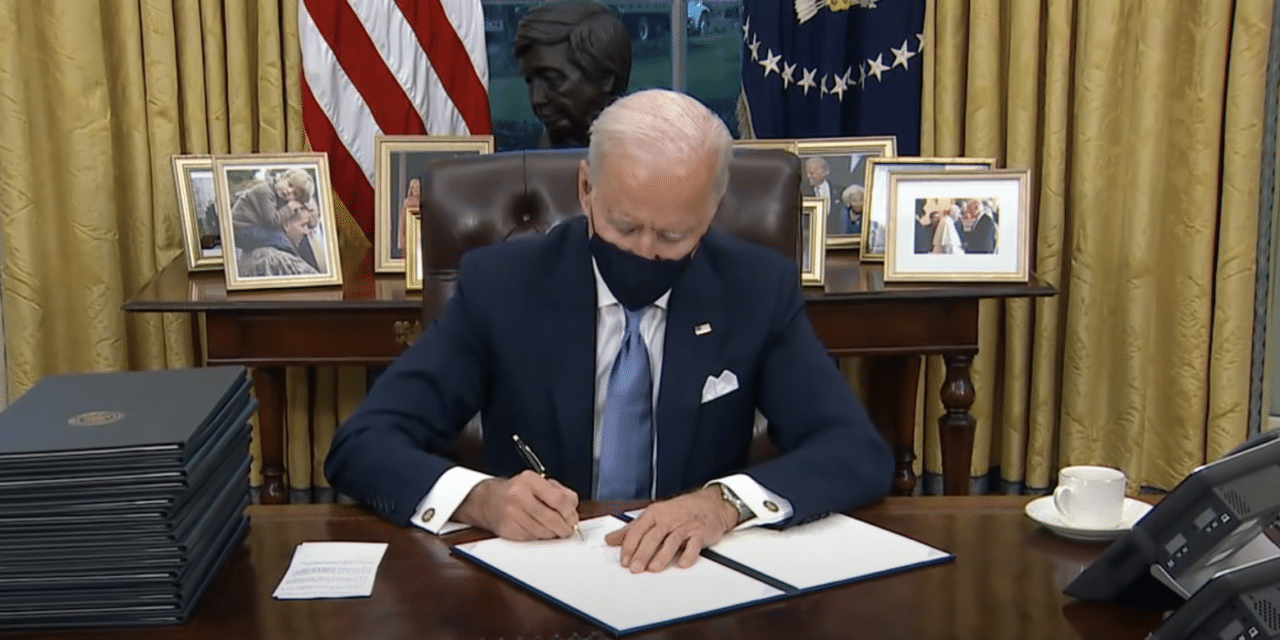 (OPINION) ETH – President Joe Biden has a pen and has signed a slew of executive orders in just 48 hours of being sworn into office. One of these executive orders that Biden just signed is an executive order mandating all educational institutions receiving federal funding to now permit biological males to join female sports teams, use ladies’ locker rooms, and restrooms, and be eligible for women’s scholarships.

The order has even triggered may into creating a now trending hashtag #BidenErasedWomen on Twitter. The executive order stated, “every person should be treated with respect and dignity and should be able to live without fear, no matter who they are or whom they love.”

It continued: “Children should be able to learn without worrying about whether they will be denied access to the restroom, the locker room, or school sports.” According to Faithwire, Several social media users, including journalist and author Abigail Shrier, wasn’t too happy with the order and wrote

“Irreversible Damage: The Transgender Craze Seducing Our Daughters,” which pointed out how inherently sexist the policy is. Shrier argued the order “unilaterally eviscerates women’s sports,” adding, “A new glass ceiling was just placed over girls.” However, One transgender activist, named Charlotte Clymer, tweeted “transphobes are claiming this attacks the rights of cis women,” meaning biological women. Clymer said that’s not the case and instead accused those concerned of invoking “tragic logic” and “sad bigotry.”