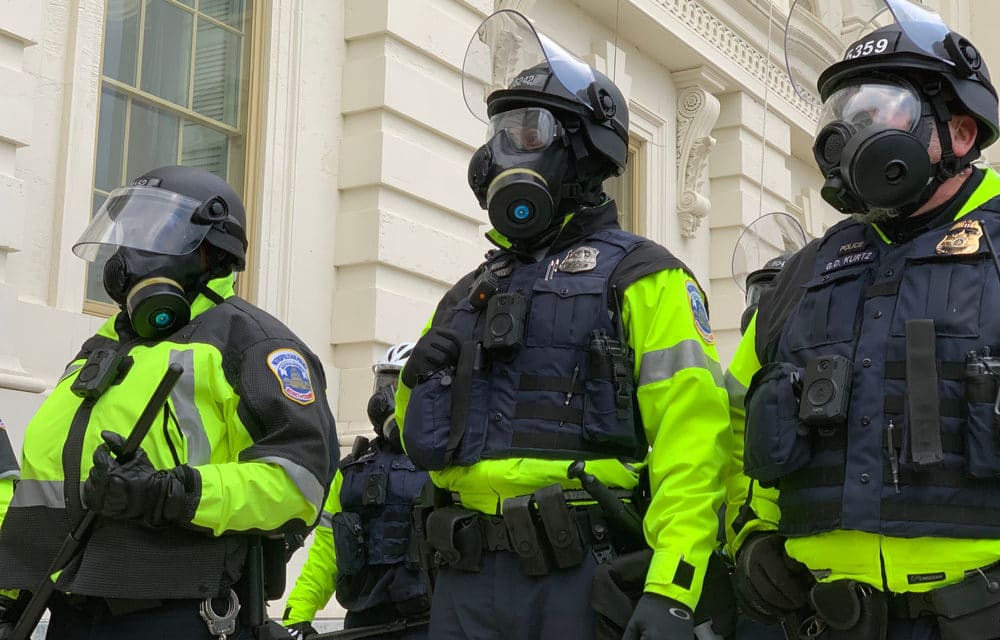 (ETH) – The FBI and Department of Justice have confirmed that more than 170 people have now been charged in connection with last week’s riot at the U.S. Capitol, and they are warning that the investigation has only just gotten momentum and that it’s only just beginning.

“The men and women of the FBI will leave no stone unturned in this investigation,” Steven M. D’Antuono, the assistant director in charge of the FBI’s Washington field office, told reporters. “This is a 24/7 full-bore extensive operation into what happened that day.”

According to Fox News, D’Antuono said the FBI has urged the public to help identify many of the suspects and has yielded more than 100,000 pieces of digital evidence that the agency is scouring through. “The FBI has a long memory and a broad reach,” D’Antuono said.

“Agents and our partners are on the streets investigating leads not only here in the D.C. area, but also the country through the FBI’s 56 field offices. “Even if you’ve left D.C., FBI agents from our local field offices will be knocking on your door if we find out that you were part of the criminal activity at the Capitol,” D’Antuono continued.

U.S. Attorney for the District of Washington, Michael Sherwin, called the invasion of the U.S. Capitol “unprecedented” in American history and foresees thousands of potential witnesses and hundreds of criminal cases.  “This is not going to be solved overnight,” Sherwin said.

He went further to say that he anticipates that the number of criminal cases will continue to grow in the coming weeks. “This is only the beginning. So, after these criminal charges are filed via criminal complaint, that allows … law enforcement across the United States to arrest people from Dallas to Arkansas to Nashville to Cleveland to Jacksonville,” Sherwin said. “Regardless of it was just a trespass in the Capitol or if someone planted a pipe bomb, you will be charged and you will be found.”