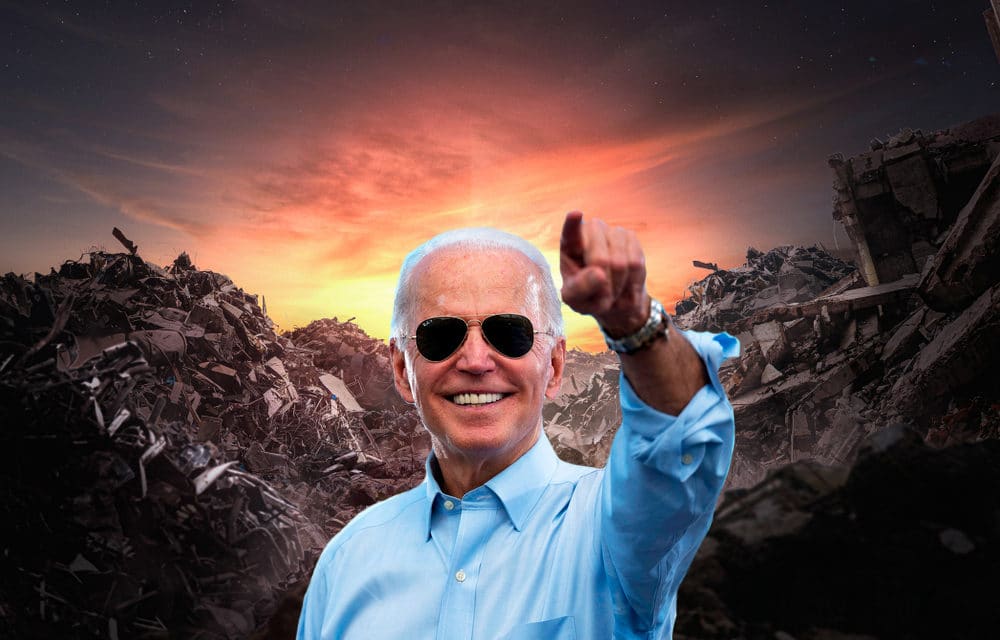 (OPINION) ETH – Multiple Christians are warning that newly elected president Joe Biden will enact policies that will thrust humanity into the End Days, Many believe that it was God’s sovereign will for President Biden’s victory in the November election and to ultimately become the next president.

According to one Christian Blog, called “Signposts of the Times“, the world will be watching closely to see how Biden’s policies will fulfill Biblical prophecies. Many believe that the US has to safeguard Israel’s interests in the Middle East as the Bible says a strong and secure Israel plays a critical role in the End Days.

Another big event is the future construction of the Third Holy Temple in Jerusalem, which many that understand Prophecy understand must happen in order to prepare a future headquarters for the coming Antichrist and will set the stage for the Second Coming of Jesus Christ. Signposts of the Times said:

“We as Christians, and in particular, those that understand and follow Bible prophecy will be watching with much interest over the next days, weeks, and months ahead to see how God will use President Joe Biden to put in place the final pieces of the Last Days puzzle that will usher in the Tribulation period and the system of Antichrist.

“In the meantime, pleas are going out for Christians to return to studying their bibles, to humble themselves before God, and to stop listening to the words of man, but the call of Jesus Christ.” The tribulation will be a period of seven years where the wrath of God will be poured out upon the Earth by God himself.

Before this Tribulation period, many Christians believe there will come an event beforehand called the Rapture that is a supernatural event that will catch believers away from Earth into the air to be with the Lord and is mentioned by the Apostle Paul in the Book of Thessalonians.

The Antichrist will then rise to power in the Third Temple and falsely declaring himself the Messiah resulting in the land of Israel being besieged by the invading forces of Gog and Magog, as described in the Book of Ezekiel. This time frame is also known as the “Time of Jacob’s Trouble”.

Jesus Himself said in Matthew 24: “For then there will be a great tribulation, such as has not occurred since the beginning of the world until now, nor ever will.” Jesus will then come back out of heaven with the saints with him to set up his Kingdom on Earth. Signposts of the Time said:

“There is still work to be done in this world as the fields are ripe unto harvest. “Believers in Jesus Christ need to get back to what we were called to do… spread the gospel of Jesus Christ and build his kingdom. “We also need to continue to look upwards, as the return of Jesus Christ is at hand.”

Will Joe Biden unknowingly sign policies into place and move the World closer to the time of the end mentioned by the prophets and Jesus himself? Only time will tell.