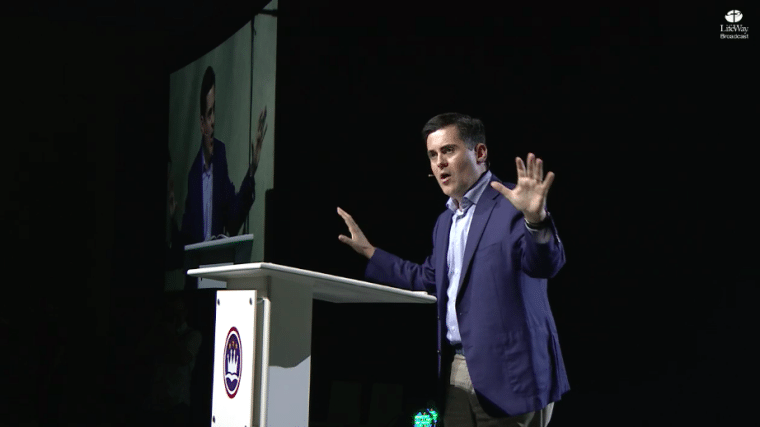 (OPINION) ETH – Southern Baptist leader Russell Moore is making headlines again after issuing a strong rebuke of President Donald Trump and those who stormed the U.S. Capitol last week and stated that if he were a member of Congress, he “would vote to impeach” the president.

“This is not about politics. This is about our country, about the rule of law and about the sanctity of human life,” Moore, president of the Ethics & Religious Liberty Commission of the Southern Baptist Convention, wrote in a Jan. 11 op-ed posted on his website.

“The president invited mobs to Washington — promising a ‘wild’ time — and told them to march to the Capitol,” he continued. “Despite the fact that there was not one thing that Vice President [Mike] Pence could have lawfully done, the president called him a coward and whipped up crowds against him who, many of them, then chanted ‘Hang Mike Pence!’ while constructing gallows on the Capitol grounds.

“An American flag was thrown down and replaced with a Trump flag, while another insurrectionist paraded a Confederate flag through the Capitol. Police officers were attacked. Congressional leaders hid while the doors buckled from mobs seeking to attack them. People are dead. The Capitol is ransacked. Administration officials are resigning in protest.”

Moore went on to say to those defending Trump’s behavior or “changing the subject to a private platform removing an account inciting violence as ‘Orwellian,’” Moore asked, “where, at long last, is your limit?” He went further to stress that the country “must turn to our Constitution, to the founding principles of this nation, in order to address this.”

“I don’t speak for anyone else, only myself. But you deserve to hear from me what I honestly think. If I were the president, I would resign,” he wrote. “If I were the vice president, I would assemble the cabinet in accordance with the 25th Amendment. If I were a member of Congress, I would vote to impeach. And if I were a United States senator, I would vote to convict. And I would be willing, if necessary, to lose my seat to do so. As a matter of fact, I am willing, if necessary, to lose this seat.”