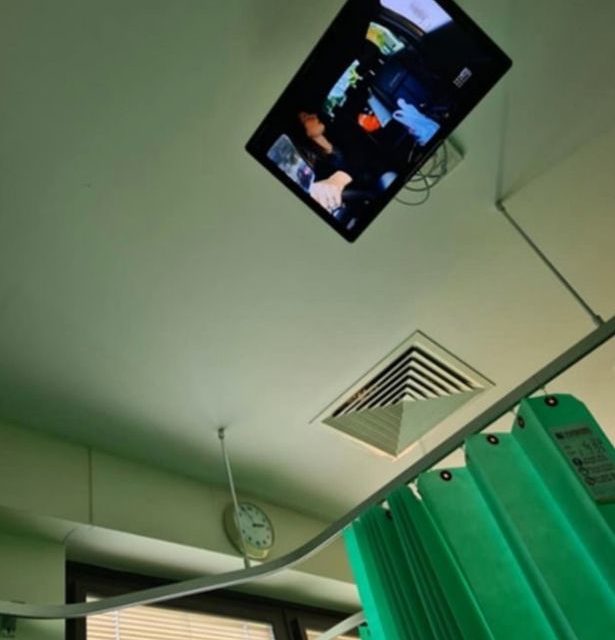 (Daily Star) – A woman who shared a photo of a creepy discovery found in an air vent in a hospital room has sent the internet into meltdown.

Kitt Williams shared two photos her mother-in-law had taken at a Queensland hospital in Brisbane on Facebook on Sunday, January 3. She had sent them to Kitt who said she felt like “something was looking at her” shortly before noticing a mysterious figure in the air vent.

According to Kitt, she said her partner’s mother would “blink move, and look around the room” before disappearing. It would then come back, she wrote, and while she was sleeping even claimed she could “feel people touching her and waking her up”. In the Facebook post, she wrote:

“It would blink move and look around the room, sometimes it was there, other times it wasn’t. “She could feel something looking at her, keeping an eye on her. “She would think the nurses were coming around to check her as she could feel people touching her, waking her up, but there was no one there.”

Kitt posted two photos, 7 News Au said, one of which shows a television on the ceiling of the hospital room with a clock in one corner and an air vent in another. The second is zoomed in on the air vent that shares a glimpse of a ghostly pair of eyes. READ MORE