Feds warn of threat from improvised explosive devices at the Capitol 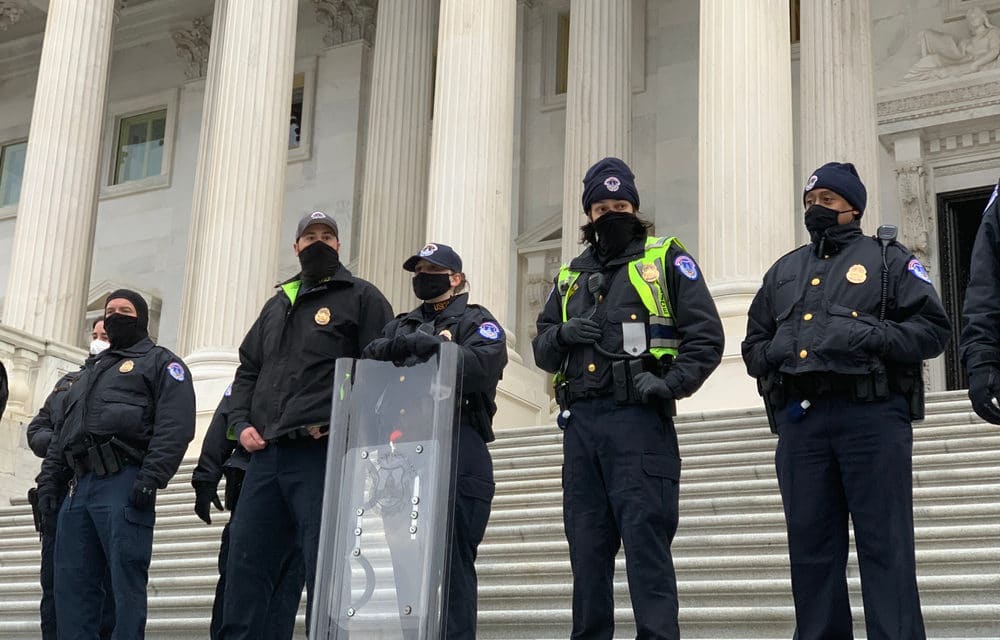 (ETH) – A new threat has surfaced and National Guard units are being told to prepare for the possibility that improvised explosive devices (IEDs) could possibly be used by individuals plotting to attack the Capitol again in the days leading up to the Inauguration.

This comes as authorities have released briefings that indicate that Washington, D.C.-area law enforcement believe the IEDs that were planted last week at the Republican National Committee and the Democratic National Committee headquarters was not an isolated incident.

According to the report from Politico, Individuals who planted these bombs have yet to be apprehended, as FBI agents have reportedly been going door to door in D.C. this week where they have been asking residents for any photos or video that could help them identify the suspect.

IEDs aren’t the only threat as Guardsmen are being briefed that protesters could also be heavily armed as well. As a result of these threats, Army Secretary Ryan McCarthy has authorized the National Guardsmen protecting the Capitol, to carry lethal weapons including M-9 handguns. A “significant majority” of soldiers are also carrying M-4 rifles, one of the Guardsmen said.