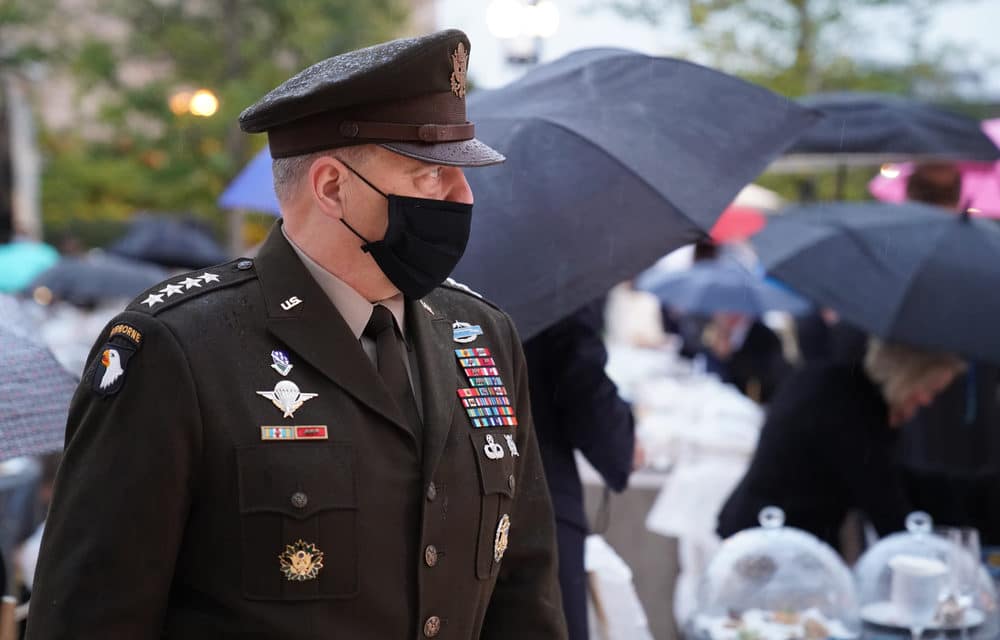 (ETH) – In what is an extraordinary measure, All eight of the nation’s top military officers reportedly sent a message to the entire force on Tuesday warning troops to follow the law, as Washington reels from last week’s assault on the U.S. Capitol and prepares for next week’s inauguration on January 20th.

“As Service Members, we must embody the values and ideals of the Nation,” the four-star officers who make up the Joint Chiefs of Staff wrote in a memo to the force. “Any act to disrupt the Constitutional process is not only against our traditions, values, and oath; it is against the law.”

According to Politico, this was considered a rare memo from the nation’s top brass. Joint Chiefs Chairman Gen. Mark Milley who in particular has been careful in recent months to keep the military out of politics, after facing pushback for walking with President Donald Trump across Lafayette Square this summer moments after law enforcement forcefully cleared the area of peaceful protesters.

The memo appears to be stemmed from concerns that Trump would attempt to use the military to overturn President-elect Joe Biden’s win in recent weeks, Therefore, Milley has reiterated that the troops would have no role in determining the outcome of the election come January 20th.

In the memo, the Joint Chiefs affirmed Biden’s win, noting that on Jan. 20 he will be inaugurated and become the commander in chief “in accordance with the Constitution.” The officers also condemned the violence in the Capitol last week, calling it a “direct assault” not just on the Congress, but on America’s Constitutional process.

“We witnessed actions inside the Capitol building that was inconsistent with the rule of law,” they wrote. “The rights of freedom of speech and assembly do not give anyone the right to resort to violence, sedition, and insurrection.”