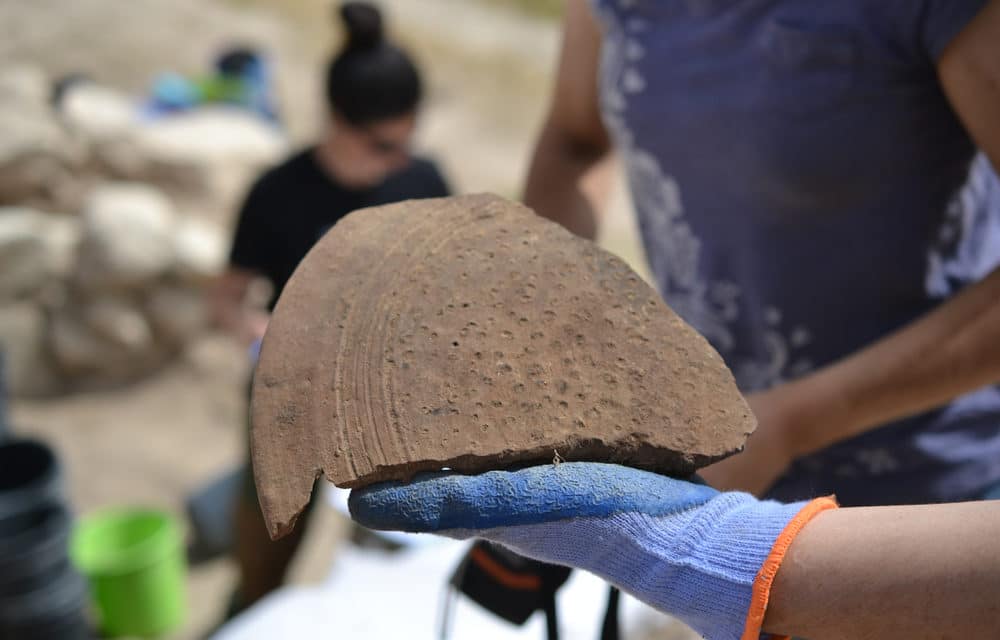 (ETH) – A report coming out of Israel this morning is revealing that a 1,500-year-old Greek inscription bearing the name “Christ, born of Mary” was just unearthed in northern Israel, According to the Jerusalem Post, the Israel Antiquities Authority announced the finding on Wednesday morning.

The report reveals that archaeologists discovered the inscription engraved at the entrance of a building from the Byzantine or Early Islamic period, which featured mosaic pavements decorated with a geometric design. The discovery was found in a salvage excavation directed by Tzachi Lang and Kojan Haku ahead of the construction of a road inside the village of et-Taiyiba in the Jezreel Valley.

“We did not know what to expect ahead of the work, but we knew that this was an area where archaeological remains had been found. When we came across the inscription, we knew we had a church,” IAA archaeologist Yardenna Alexandre told The Jerusalem Post. “Christ born of Mary.

This work of the most God-fearing and pious bishop [Theodo]sius and the miserable Th[omas] was built from the foundation – -. Whoever enters should pray for them,” reads the full inscription, according to Dr. Leah Di Segni, a researcher at the Institute of Archaeology of the Hebrew University of Jerusalem.

“The inscription greets those who enter and blesses them. It is therefore clear that the building is a church, and not a monastery: Churches greeted believers at their entrance, while monasteries tended not to do this,” Di Segni stated in a press release.