Second strange monolith has suddenly appeared on a Romanian hillside 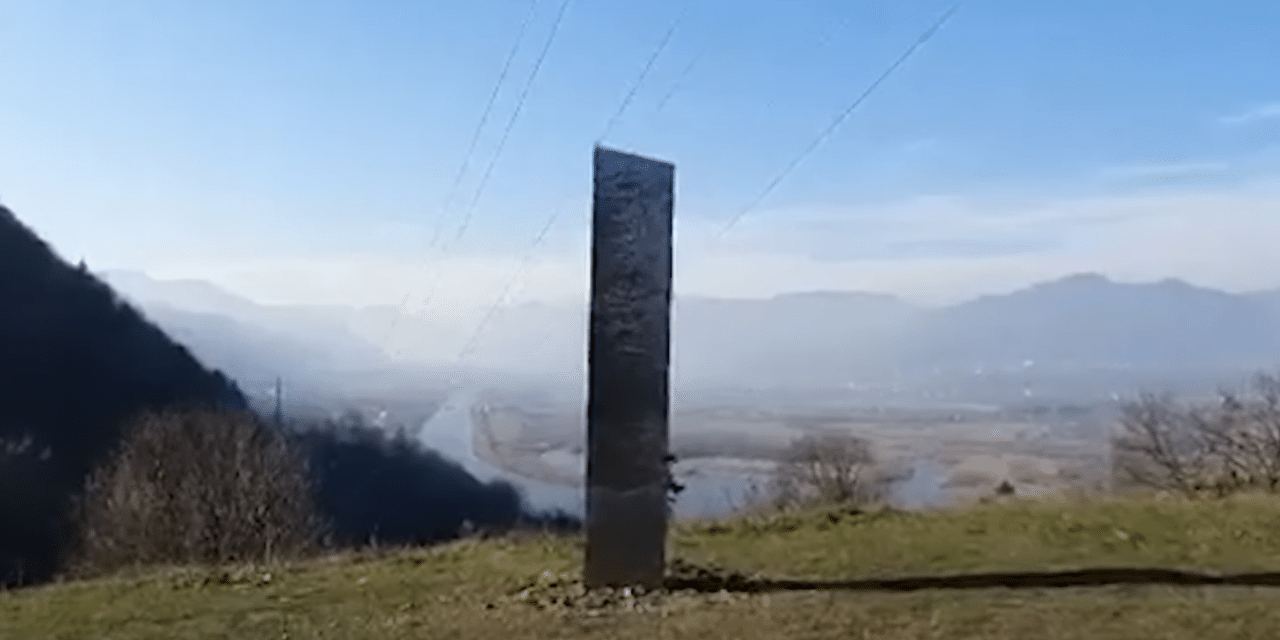 (The Sun) – A mysterious metal monolith has appeared on a Romanian hillside. The monolith was spotted on Batca Doamnei Hill in the city of Piatra Neamt last week. It comes just days after a metal monolith appeared – then disappeared with no explanation – in the middle of the Utah desert, sending conspiracy theorists and UFO-spotters into a frenzy.

The mysterious metal structure in Romania was found a few meters from the well-known archaeological landmark the Petrodava Dacian Fortress. It is a dark metallic color and appears to be covered in concentric scribble-like rings. The shiny triangular structure has a height of about four meters and one side faces Mount Ceahlau, known locally as the Holy Mountain.

It is one of the most famous mountains in Romania and is listed as one of the seven natural wonders of the country. The Dacian fortress Petrodava represents the oldest historical monument in Piatra Neamţ. It is believed to have been destroyed by the Romans in the 2nd century AD but the remains can still be seen today in the form of parts of the city wall. Neamt Culture and Heritage official Rocsana Josanu said:

“We have started looking into the strange appearance of the monolith. “It is on private property, but we still don’t know who the monolith’s owner is yet. It is in a protected area on an archaeological site.” She added: “Before installing something there, they needed permission from our institution, one that must then be approved by the Ministry of Culture.” The investigation continues. READ MORE