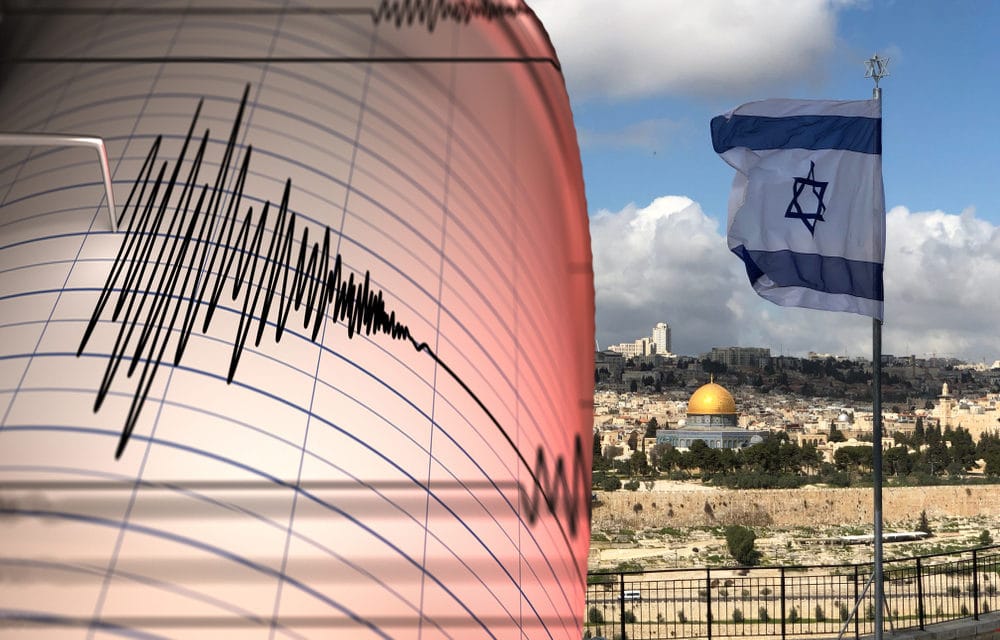 (Israel 365 News) – A recent study revealed that a catastrophic earthquake is due to strike Israel any day. The same researcher said that such earthquakes served as prophetic mile markers in the Bible and may even have been responsible for the earthshaking victory of the Children of Israel at Jericho.

Researchers from Tel Aviv University published a report in Science Advances journal in which they warn that a potentially devastating earthquake measuring 6.5 on the Richter Scale is expected to hit Israel in the near future. The study reviewed about 220,000 years of Dead-Sea geology by drilling and studying the seabed concluded that a major earthquake hits the region once every 130-150 years, though shorter intervals are possible.

Israel is in a geologically active region. Israel is seismically active, located along the Syrian-African fault line, which runs along the Israel-Jordan border, part of the Great Rift Valley that runs from eastern Lebanon to Mozambique. The Jordan Rift Valley is the result of tectonic movements within the Dead Sea Transform (DSF) fault system.

The DSF forms the transform boundary between the African Plate to the west and the Arabian Plate to the east. The Golan Heights and all of Transjordan are part of the Arabian Plate, while the Galilee, Judean, and Samarian highlands (West Bank), Coastal Plain, and Negev along with the Sinai Peninsula are on the African Plate. This tectonic disposition leads to a relatively high seismic activity in the region. The region has experienced many earthquakes, the most destructive ones being those of 31 BCE, 363 CE, 749 CE, and 1033 CE. READ MORE