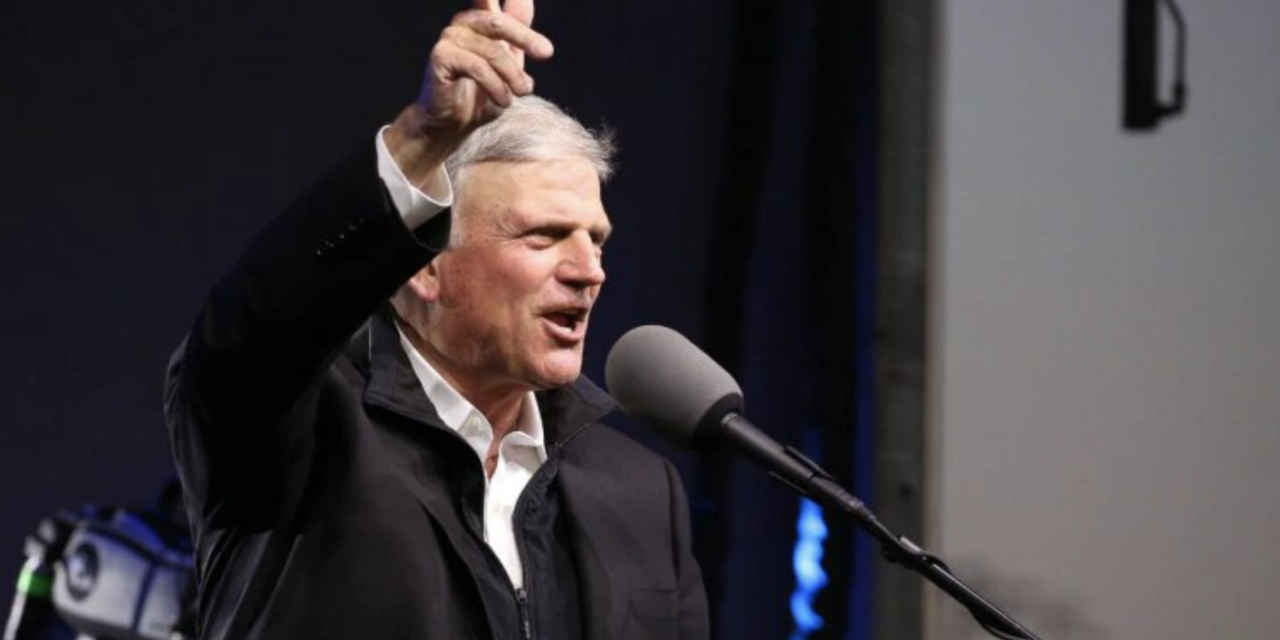 (OPINION) Yahoo – Graham, a vocal supporter of Donald Trump and Christian charity Samaritan’s Purse, called on his followers to rally an “army” to prevent Democrats from taking control of the US Senate.

Control of the chamber is likely to be decided by two run-off elections in Georgia set to be held on 5 January. If Republicans win either race, they will retain control of the Senate, posing a serious challenge to Joe Biden’s legislative agenda. A key bill likely to be impacted is the Equality Act,

which would amend civil rights laws to ban discrimination against LGBT+ people in all 50 states. Franklin Graham says ‘God’s army’ needs to stop LGBT+ rights law In a Facebook post, Graham said: “Christians who believe the Bible and live in Georgia – the soul of our nation is at stake. I ask you to rally God’s army to PRAY and VOTE in this run-off for the Senate.

“Please encourage your family, your friends, your community to pray and to vote. If conservatives lose control of the Senate, there is nothing to stop the radical agenda of the left. There will not be another chance to get this right. The nation is depending on you.”

He added: “The Senate is the last line of defense to block the radical, wicked agenda that is trying to take control of our nation. These two seats will determine whether liberal socialist-leaning progressives OR conservative lawmakers have a majority. The policies supported by those on the left promise to be openly hostile to those who hold Christian beliefs.

“Liberal, so-called progressives, immediately want to pass the Equality Act, which is anything but equal. It is an attempt to rid our country of religious freedom protections. Progressives could pass this easily and quickly with control of the Senate. READ MORE