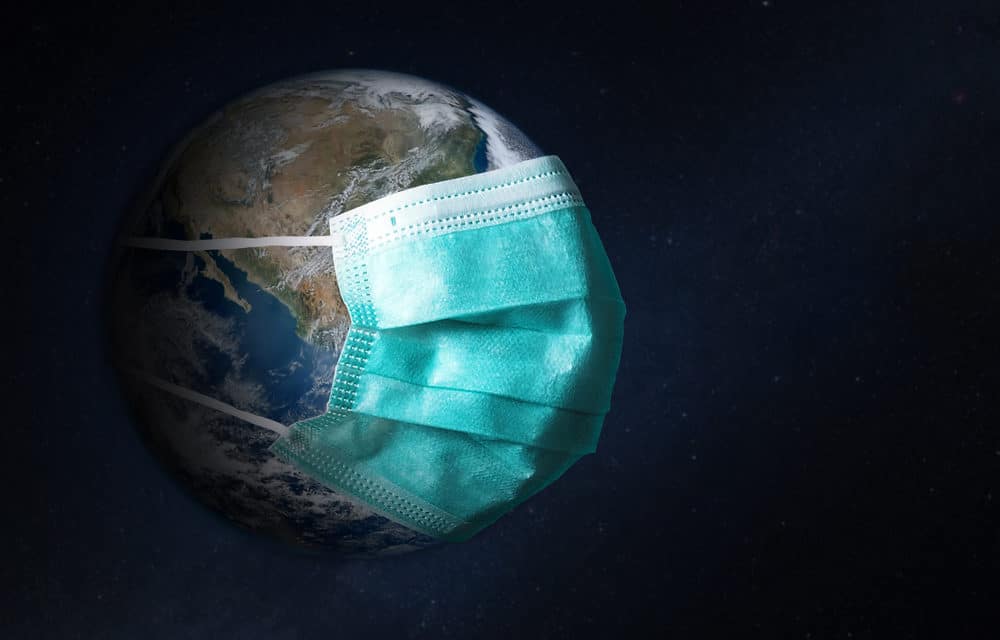 (ETH) – The next few months of the Covid-19 pandemic will be among “the most difficult in the public health history of this nation,” Dr. Robert Redfield, the director of the Centers for Disease Control and Prevention, said Wednesday.

Redfield, speaking at an event hosted by the U.S. Chamber of Commerce, said that about 90% of hospitals in the country are in “hot zones and the red zones.” He added that 90% of long-term care facilities are in areas with a high level of spread. “So we are at a very critical time right now about being able to maintain the resilience of our health-care system,” Redfield said.

“The reality is December and January and February are going to be rough times. I actually believe they’re going to be the most difficult in the public health history of this nation, largely because of the stress that’s going to be put on our health-care system.” Redfield added that deaths caused by Covid-19 are already rising. He said the country is now in the range of reporting between 1,500 and 2,500 deaths every day. READ MORE

Biden gives a stern warning: ‘You cannot be traveling during … holidays’ – President-elect Joe Biden says he doesn’t “want to scare anybody,” but he’s pleading with Americans to not travel during the upcoming holiday season. With no let-up in the surge in the coronavirus pandemic across the nation the past month, Biden emphasized on Wednesday that people need to “understand the facts.

We’re likely to lose another 250,000 people. Dead. Between now and January. Do you hear me? Because people aren’t paying attention.” Two weeks ago Biden warned that “as many as 200,000” more people across the nation could die from COVID-19 by the time he gets inaugurated on Jan. 20. And the president-elect, speaking during a virtual roundtable with workers and small-business owners impacted by the economic crisis, stressed, “You cannot be traveling during these holidays, as much as you want to.” READ MORE

Health Commissioner Urges Older, At-Risk New Yorkers To Stay Home – With COVID cases and hospitalizations rising, New York City is suddenly advising seniors and those with underlying conditions to put themselves in a sort of voluntary lockdown — stay home, avoid unnecessary activity. But Mayor Bill de Blasio and Gov. Andrew Cuomo are not exactly on the same page.

As CBS2’s Marcia Kramer reported, New York City seniors were out and about in force Tuesday shopping, going about their business even if they needed canes and walkers to do it, as officials took what seems like another step backward in the war against the coronavirus — another sign that the second wave is upon us.

Mayor de Blasio and the city health commissioner issued an advisory — effective immediately — asking people over 65 and those with underlying health conditions to stay home — limit outside activity. “The new measures need to be taken to protect those who are most vulnerable,” de Blasio said. The advisory says that the vulnerable — including household members and caregivers — should stay home, except to travel to work or school or for essential purposes: medical care, grocery shopping, the drugstore. But there is a caveat. READ MORE

Morgues and hospitals are overflowing – Nearly 37,000 Americans died of COVID-19 in November, the most in any month since the dark early days of the pandemic, engulfing families in grief, filling newspaper obituary pages and testing the capacity of morgues, funeral homes, and hospitals. Amid the resurgence, states have begun reopening field hospitals to handle an influx of patients that are pushing health care systems — and their workers — to the breaking point.

Hospitals are bringing in mobile morgues. And funerals are being live-streamed or performed as drive-by affairs. Health officials fear the crisis will be even worse in the coming weeks after many Americans ignored pleas to stay home over Thanksgiving and avoid people who don’t live with them. “I have no doubt that we’re going to see a climbing death toll … and that’s a horrific and tragic place to be,” said Josh Michaud, associate director of global health policy at the Kaiser Family Foundation. “It’s going to be a very dark couple of weeks.” READ MORE