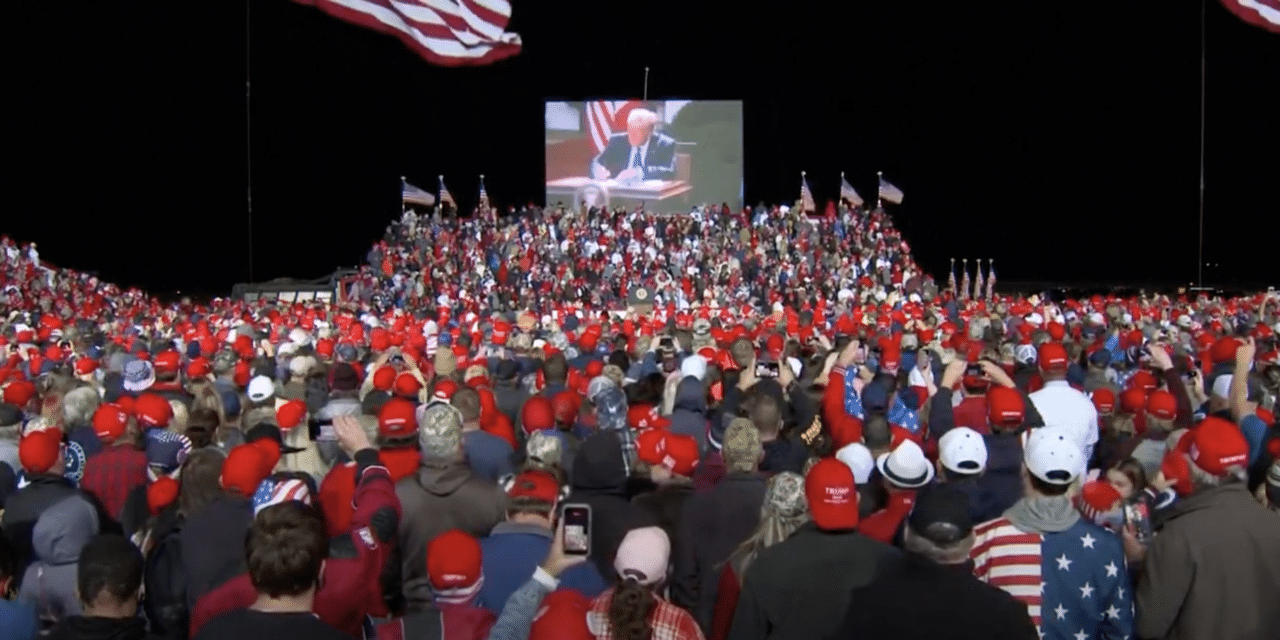 (ETH) – Thousands gathered in Rome, Georgia to rally with President Donald Trump on Sunday afternoon and evening on the second-to-last day of campaigning before Election Day.

The rally was reportedly the 4th of 5 rallies the Trump campaign had scheduled for Sunday, as it reprised its “seven-state Sunday” ramble from the 2016 campaign.

As the Rally was unfolding Brynn Anderson of the Associated Press captured a stunning photo of a blood moon in a clear sky above the massive “Make America Great Again” banner at the rally.