Rabbi warns ‘The Messiah should arrive anytime between September 2021-22″ 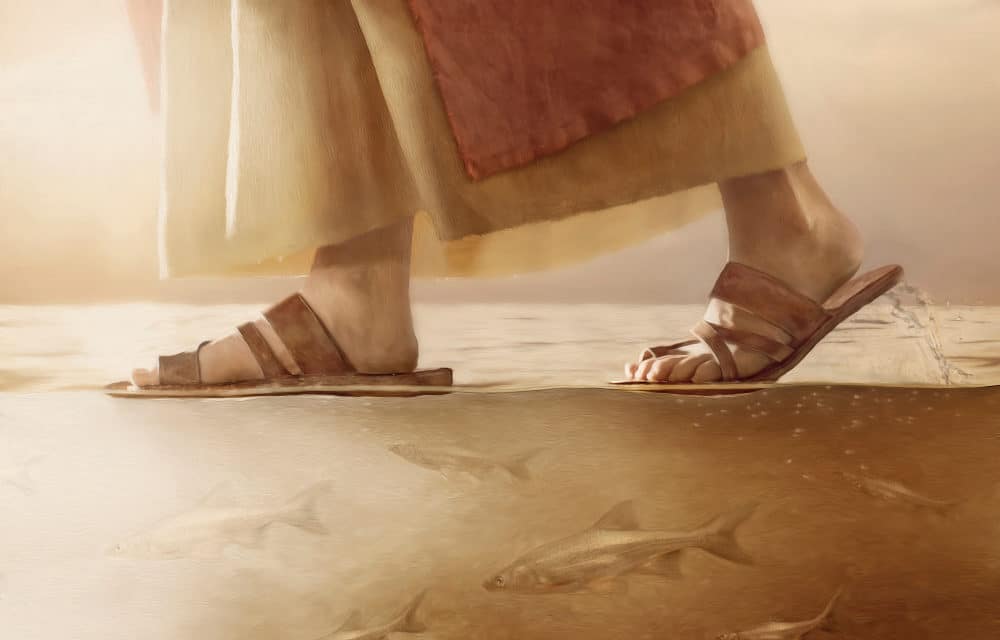 (OPINION) ETH – Another Rabbi is making headlines today, as Rabbi Alon Anava recently shared a calculation that he has come up with that reveals a significant window of opportunity for the imminent arrival of what he is calling the Moshiach or (Messiah) and how we as humanity should be preparing ourselves for his arrival.

In a 50-minute lecture, titled “Is the end of the world near”? The Rabbi claims that in a Torah secret it is revealed what is coming! The video was published on YouTube a few days ago and, at the time of this writing, has been viewed close to 27,000 times according to a report from Israel 365 News.

In the video, Anava addresses the common misunderstanding that it’s forbidden to estimate the time of the arrival of Moshiach and claims that this teaching applied 3,000 years ago when the coming of Moshiach was very far away but “Now that we are very close to Moshiach,” he said, “we’re allowed to calculate.”

I have to interject here that this is contrary to the Word of God that states: “But of that day and hour no one knows, not even the angels of heaven, but My Father only” – Matthew 24:36 God does not change his mind concerning his written Word. In fact, the Bible says  “For I am the Lord, I do not change” – Malachi 3:6.

Despite this the Rabbi goes on using the Hebrew spelling of the name Adam, which is alef-daled-mem, Anava explained that the Hebrew name Adam is an acronym for Adam, David (as in King David), and Melech ha Moshiach (literally the messianic king). He introduced and elaborated on the teaching that Adam, King David, and the Melech ha Moshiach share the same soul, according to the kabbalistic (mystical) teaching that souls reincarnate.

According to the video, The rabbi claims that the role of King David, he taught, is to connect Adam at the beginning of history with the Messiah at the end of history. King David occupies the exact middle position between Adam and the Messiah. This concept underlies the rather simple mathematical calculation he presented. He goes further to say: “In the year 0, Adam was born.

David was born in the Hebrew year 2854. Since King David is in the middle position between Adam and Moshiach, doubling the year of his birth should tell us when to expect Moshiach. Multiplying David’s birth year by two gives us 5708, which was 1948 in the Gregorian calendar.

Obviously, Moshiach didn’t come in 1948, but something else significant happened in that year. The modern Jewish State of Israel declared independence on May 14, 1948. In Jewish liturgy, the State of Israel is referred to as reishit tzemichat geuulatenu (the first flowering of our redemption). Now, David, the shepherd might have been born in 2854, but he didn’t become David haMelech (King David) until 37 years later.

For seven years, he ruled only over the Tribe of Judah from Chevron.” Again, if King David is the middle point between Adam and Moshiach and he became the King of Israel in the Hebrew year 2891, we double that year and we get 5782. The current Hebrew year, 5781, began on Rosh Hashana, September 18-19, 2020.

The Hebrew year 5782, when, according to this calculation, Therefore the rabbi says that the timeline of the Moshiach’s arrival begins on September 6-7, 2021 – less than a year from now. Regarding the coming of the Messiah, Anava concluded by asserting that the exact date of the arrival of Moshiach is less important than how we prepare for his arrival and the Rabbi states that by refraining from evil speech, meaning gossip and slander, and by learning as much Torah as possible we can properly prepare for his arrival.

“We are holding right before the end. This is not the time to go into despair. It’s time to say, ‘It’s our last push. We’ve been struggling with this for the last 3,000 years. What’s another half a year or a year? Nothing. It’s the end” “What we need to increase is joy and happiness, is unity, and increasing in learning Torah and spreading good and kindness.

That’s the power. “We’re literally almost over. Don’t get hiked up by the news, by the media. It’s fake news. Ninety-nine percent of it is fake. It’s nonsense. They don’t even give you the right news. When it comes to Trump or Biden, it’s irrelevant. Hashem (God) decided who is going to win.” One thing is for sure, this rabbi is not alone in his expectation of the “Messiah” making his soon appearance and many are now echoing the same thing. Buckle up folks, I believe things are about to get really interesting in the next couple of years.