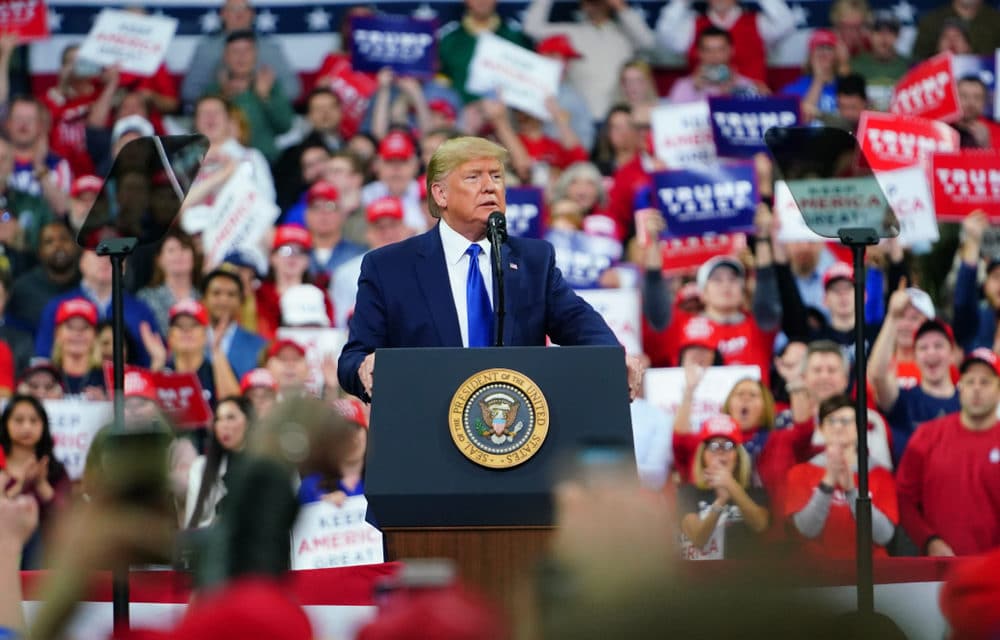 (OPINION) ETH – Another day, another prediction from a Rabbi. This time, Rabbi Isser Zalman Weisberg, at Machon Mishne Torah who is a follower of the Chabad branch of Hassidic Judaism, has stirred controversy with his latest prediction regarding the recent presidential election outcome in the United States. According to the report from Israel 365 News,

The video posted by the rabbi began by citing media sources claiming that Joe Biden won the presidential election. According to Weisberg “nothing legally happened” as he claims that the media does not determine the winner of the election and that the victor is officially certified by the Electoral College and then by the Senate, House of Representatives, and the National Archives.

The Rabbi went further to state that representatives from each state’s electoral college will meet in their respective state capitals on the first Monday after the second Wednesday in December.  “This year, it falls on December 14, in the middle of Hannukah, a miraculous time for the Jews,” Rabbi Weisberg said. “Then on January 6th, the Senate and the House assemble at one p.m. in a special session in the capital to declare the results.”  He goes further to state:

“There are many times in our history when it looked like the end was near and then suddenly yeshuat Hashem k’heref ayin (the salvation of God is like the blink of an eye),”’ the rabbi said, citing Pesikta Zutreta, a commentary on the Book of Esther (4:1)

“In reality, except for himself and his wife, I don’t think one single American voted for Joe Biden. They voted to remove Donald Trump. It makes no difference to them who occupies his seat… As long as the person who occupies the Oval Office will allow the radicals of the left and BLM to continue in their unholy war to evict God and the Ten Commandments from the heart of America. Joe has already begun to use deceptive powers granted to him by the primordial serpent.”

The Rabbi then gives a quote from Joe Biden “America, I’m honored that you have chosen me to lead our great country. The work ahead of us will be hard, but I promise you this: I will be a President for all Americans — whether you voted for me or not. I will keep the faith that you have placed in me.”

“What exactly does he mean that he will keep the faith of both the Americans that did vote for him and those that did not?” Rabbi Weisberg asked. “The Americans that voted for President Trump voted to ensure that this country remains true to the dreams and aspirations of our founding fathers; that it be a country that follows the moral dictates of the Ten Commandments, that it be a country that understands that the inalienable rights of every individual were granted by God.

A war against God is a war against the very essence of our country and its foundational underpinnings. Americans who voted for Trump understood that his unflinching and unparalleled support for Israel is based on a moral imperative that has nothing to do with politics. How does Joe Biden intend to keep the faith of those voters and the other half who believe the very opposite?

How can he protect the world from the fanatics of Iran, as President Trump has, while at the same time he embraces and emboldens Iran as his mentor, Barack Hussein, had done while allowing them to continue with their diabolical plan to produce nuclear weapons which would put the lives of over six million Jews in peril? How can you fight to protect the lives of unborn children and at the same time fight for the right of women to choose to kill them?”

The Rabbi finished his message by emphasizing that in the past, he had predicted that President Trump would be given more time to “complete the mission given him by God.” The rabbi has since then stood by this prediction, predicting that Biden would not come to power. He cited the last vision in the Book of Daniel in which the wicked are revealed.

“The founding fathers of the United States of America envisioned that our country would be a fulfillment of that dream,” Rabbi Weisberg said. The rabbi explained that Trump is the final version of Esau that, as Rome/Edom, undergoes the dramatic transformation described in the Book of Daniel. After the transformation, Esau will fight for Jacob. I guess only time will determine whether or not this Rabbi along with many other alleged prophets in America will be right with their prediction of Trump winning a second term in the White House.