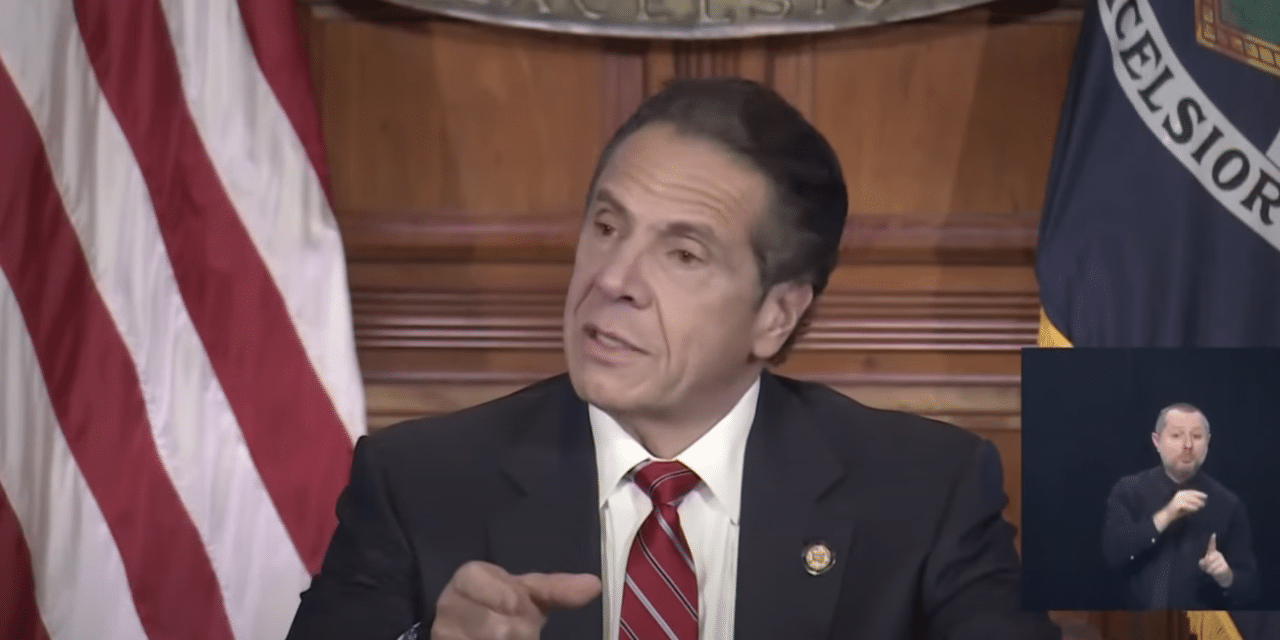 (ETH) – New York Gov. Andrew Cuomo ripped sheriffs in the state who’ve recently declared they won’t be enforcing Cuomo’s COVID-19 restrictions over Thanksgiving — particularly the one that bans gatherings of more than 10 people.

“I don’t believe as a law enforcement officer you have a right to pick and choose what laws you will enforce,” Cuomo said Wednesday during an Albany news conference. Cuomo announced new restrictions last week in response to the COVID-19 surge, saying gatherings in the state would be limited to just 10 people, including at private residences. “New York follows the science,” the far-left Democrat said of his decision.

“We know indoor gatherings and parties are a major source of COVID spread. To slow the spread, NYS will limit indoor gatherings at private residences to 10 people. This limit takes effect Friday at 10 p.m.” But Cuomo didn’t say how the new restrictions would be enforced and left those decisions up to local authorities — after which Fulton County Sheriff Richard Giardino said he wouldn’t be doing any cracking down.

“With regard to the Thanksgiving Executive Order, the Fulton County Sheriff’s Office will NOT be enforcing it against our County residents,” Giardino wrote in a Facebook post. Then Washington County Sheriff Jeff Murphy said there won’t be any Thanksgiving enforcement of Cuomo’s restrictions, the New York Post reported, adding that Saratoga County Sheriff Michael Zurlo said Monday that goes for his jurisdiction as well. READ MORE