Churches have replaced prayer with “smoke machines and coolness’ 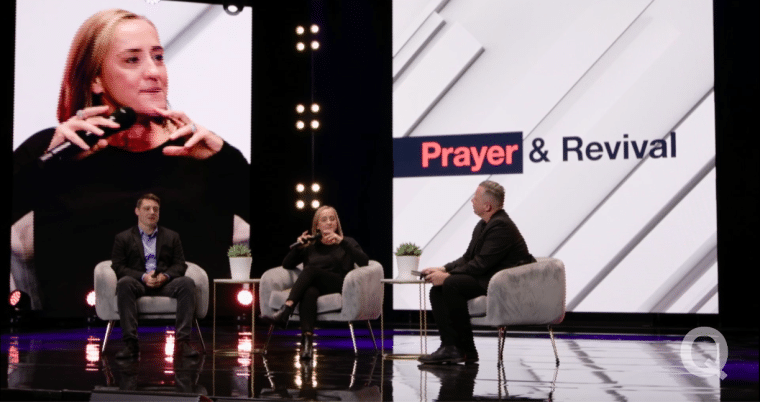 (OPINION) ETH – Bestselling author and founder of The A21 Campaign, Christine Caine has come out with a strong rebuke to the modern Church in what she is saying is placing its focus on being “cool” instead of holiness and warned that unless the Body of Christ returns to a focus on “righteousness, joy, and peace,” revival will never happen.

According to the Christian Post,  Caine, recently participated in a 2020 Q&A: A Virtual Townhall event focused on the topics of prayer and revival alongside Pastor Jon Tyson and author Corey Russell. In the opening session, the Australian speaker and author discussed how the Church has gotten “so scared of emotionalism,” prayer has gone to the “basement with the grandmothers.”

“That’s where we’ve put it, and I’m on a campaign to pull prayer out of the basement and put it on the pulpit and put it front and center,” she declared. “We got a bit embarrassed because in our coolness, in between our skinny jeans and tattoos, beautiful light section and camera, we thought, ‘prayer is not cool, prayer is embarrassing. A smoke machine will do the job.’ And what we’ve discovered is smoke machines haven’t saved anyone.

Look at the mess that the world’s in.” “Instead of being in the world, not of it, we became of it and we’re no longer in it. And so the challenge is then you’ve got no power, and power comes through intercessory prayer,” she said. Caine urged churches to take “prayer out of the basement” and put it “front and center,” adding:

“Show a lost and dying world and a religious world, ‘I don’t care if you don’t think I’m cool. I am utterly dependent on God.’” She went on to say that the problem with the modern Church is that it isn’t “desperate” enough to return to prayer.  “Look at 2020,” she stressed. “Politics hasn’t saved us, the medical profession hasn’t saved us, science hasn’t saved us. … I love all of those things, but we need some old school desperation.” “Desperation will get you travailing in a way that you never even existed. I think we need to get desperate again.”