Biden warns: If people don’t follow COVID-19 demands for Thanksgiving, 2021 holidays could be more of the same 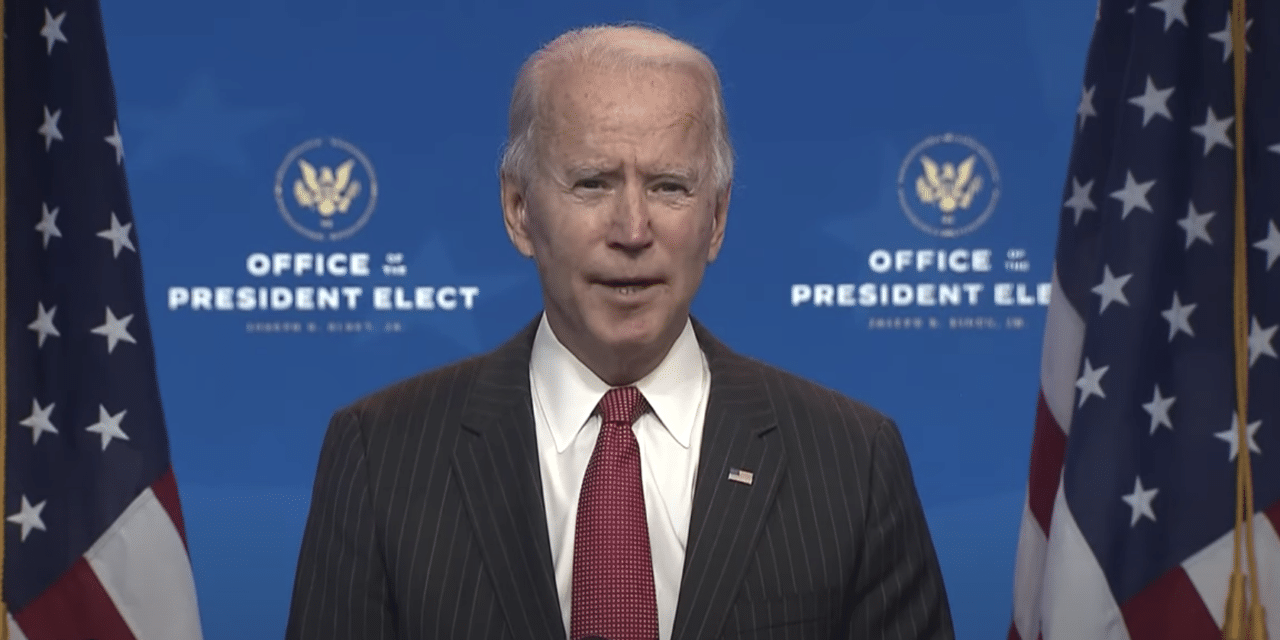 (ETH) – Former Vice President Joe Biden issued remarks regarding guidance on Thanksgiving gatherings amid the COVID-19 pandemic on Tuesday, suggesting the 2021 holidays could be similar to those of 2020 if guidance is not followed. In a Tuesday news conference, Biden said, “Let me tell you what the health experts have said to me.

They strongly urge that if, in fact, we’re gonna have Thanksgiving with anyone that we limit it to a maximum … 10 people, socially distanced, wearing masks. And people who have quarantined. Jill and I spent this morning like many of you trying to figure out what are we going to do for Thanksgiving. …

We’ve narrowed down which family members, and that they were just tested — recently tested within 24 hours.” Biden said that there should be no more than 10 people per room — and ideally, just five — during Thanksgiving celebrations, and all people in attendance should be masked.

“I would strongly urge for the sake … of your children, your mother, your father, your sisters, your brothers, whoever you get together at Thanksgiving. Think about this: There should be no group of more than 10 people in one room … inside the home … and to be masked. It saves lives.

“I just want to make sure we’re able to be together next Thanksgiving, next Christmas. It is an international crisis. An international health crisis,” he insisted. “We’re at war with the virus. … There’s nothing macho about not wearing a mask.” Newsbusters’ Curtis Houck shared a portion of the presser on Twitter, captioning it,

“Biden says the ONLY way you should be allowed to have Thanksgiving is if everyone wears masks, stays socially distanced, tests negative on the day before, and keeps it to no more than five or ten. He says the 2021 holidays will be this way if we DON’T listen to him.” READ MORE