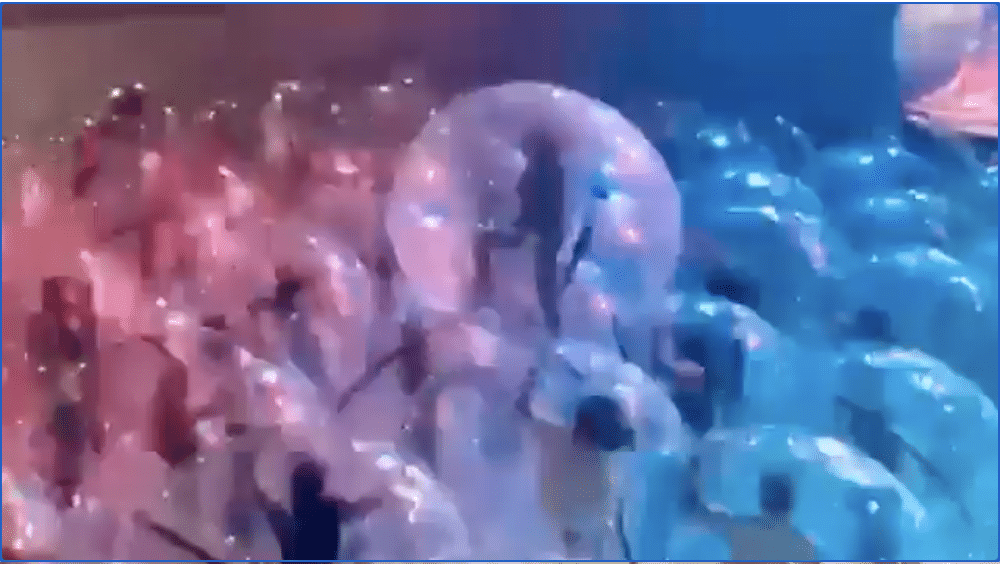 (Independent) – The Flaming Lips performed while encased in giant inflatable bubbles during a gig in Oklahoma City this week. The set-up was part of an inventive new measure to facilitate live music while adhering to social distancing safety guidelines during the coronavirus pandemic.

As well as the band members playing from within inflatable bubbles, each audience member was also contained within individual bubbles of their own. The US rock band had in fact floated the idea of a bubble-equipped concert months ago, and have been using bubbles in more limited ways in their act for years.

The group previously used them when appearing on The Tonight Show Starring Jimmy Fallon and The Late Show with Stephen Colbert. Monday (12 October)’s gig was, however, the first time that a full public concert audience was encased in bubbles with the purpose of controlling social distancing. As well as watching from within the plastic bubbles, audience members were also instructed to wear face masks and practice social distancing when outside of the bubbles. READ MORE