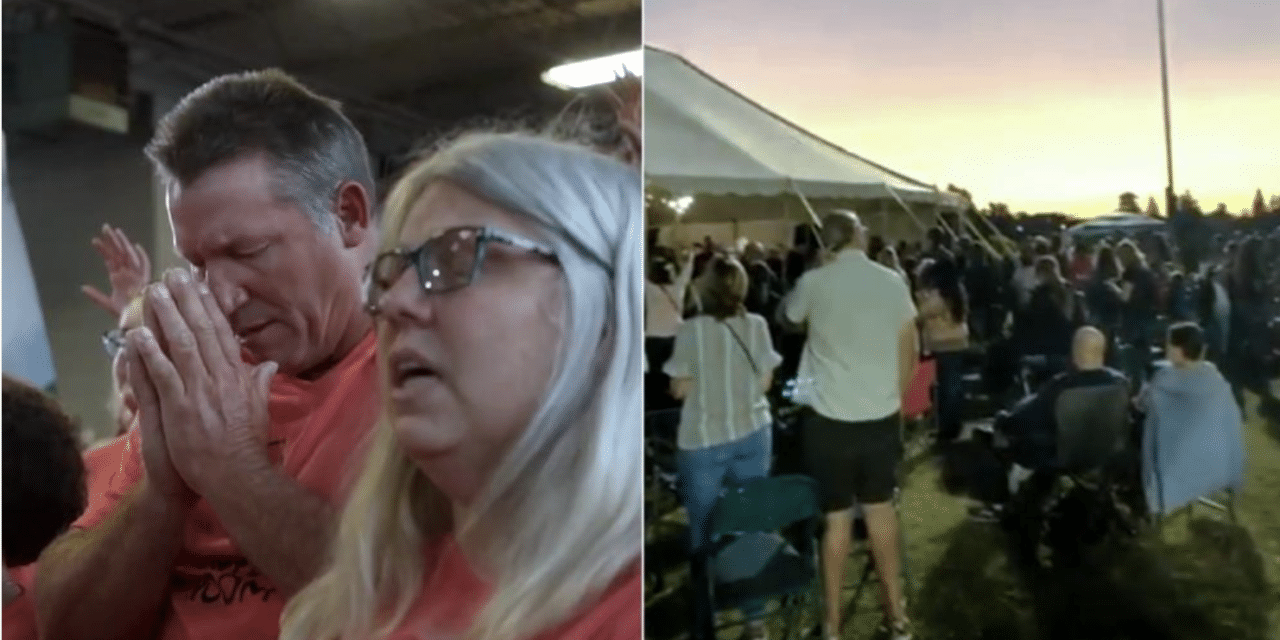 (CBN) – Epic worship events took place across the country last weekend where thousands of souls joined together to seek God’s truth while hundreds gave their lives to Christ. Praise leader Sean Feucht brought his “Let Us Worship” tour to Tennessee where massive crowds came out to worship and rejoice.

An estimated 9,000-10,000 people gathered at Public Square Park in downtown Nashville on Sunday as Feucht and his band performed outside the Metro Courthouse. “Music City showed up to enthrone KING JESUS last night on the steps of the courthouse downtown! Incredible to witness how God moved last night!

These are incredible days!” Feucht wrote on Twitter. Worshippers were overcome with emotion and excitement as they celebrated baptisms and salvations together. Despite the challenging weather conditions, thousands more also came out to Feucht’s worship rally on Saturday in Atlanta.

A tornado warning forced the event to relocate from Piedmont Park to an empty warehouse, but that didn’t stop 4,000 men, women, and children from gathering to glorify God. Hearts were on fire with prayer and praise as the Holy Spirit drew more people to repent of their sins. Feucht wrote, “No one is coming for the music!

No one is coming for a brand or a name! People came from Tennessee, Alabama, Kentucky, Carolina, Georgia, and even California…FOR JESUS!!!” The Let Us Worship tour will be in Kansas City, Missouri, and Pittsburgh, Pennsylvania next weekend. Meanwhile, Mario Murillo Ministries launched the “Living Proof” outreach on Oct. 11 at Granite Park in Fresno, California. FULL REPORT