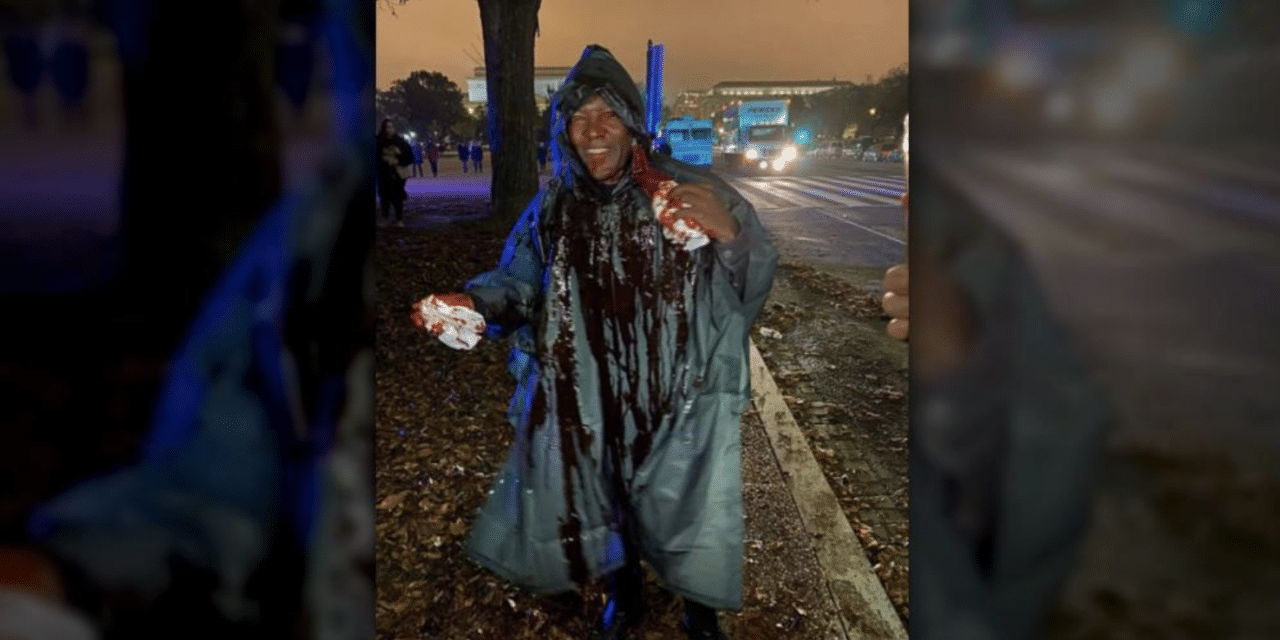 (ETH) – Pastor Charles Karuku of International Outreach Church was assaulted on Sunday’s massive prayer rally in Washington, DC, where a satanic protestor dumped a bucket of blood on him.

The pastor was simply praying for healing to come to America from the ongoing race riots and discrimination, to be united and “let the healing begin!”. The assault came following the prayer. “Devil mad. WITCHES ARE RATTLED. THEIR POWER IS BROKEN,” he wrote on Facebook.

“I’m gonna keep the blood-stained clothes as a badge of honor for Jesus! Pleading the blood of Jesus. This movement is unstoppable.” Sean Feucht, who heads up the “Let Us Worship” outreaches, stated on Facebook, “YOU KNOW YOU’RE BREAKING THROUGH IN DC WHEN A SATANIST DUMPS A BOWL OF BLOOD ALL OVER YOUR TEAMS FACE!!!!” “You can’t keep our joy down devils!!

YOU KNOW YOU’RE BREAKING THROUGH IN DC WHEN A SATANIST DUMPS A BOWL OF BLOOD ALL OVER YOUR TEAMS FACE!!!!

Over 35,000 showed up to declare the name of Jesus over our nation’s Capital!! GOD ALWAYS WINS!!!!” Feucht continued. According to Feucht, This was not the first time Satanic protesters targeted the “Let Us Worship” leaders. As it was reported that back in August, Feucht described what happened at their rally in Seattle:

“We had an entire satanic cult march through the worshippers the entire time yelling ‘Hail Satan!’ They killed our generators at one point…yet through it all…SEATTLE NEVER STOPPED SINGING!!! We saw salvations, healings, miracles, and baptisms! It was on another level! THE CHURCH REFUSED TO BE INTIMIDATED AND GOD KEPT POURING OUT!”