Pastor John Kilpatrick Says, ‘America Has Turned Its Back on God’ – Pastor Jack Hibbs Says America Can Be Saved Only Under Donald Trump’s Leadership 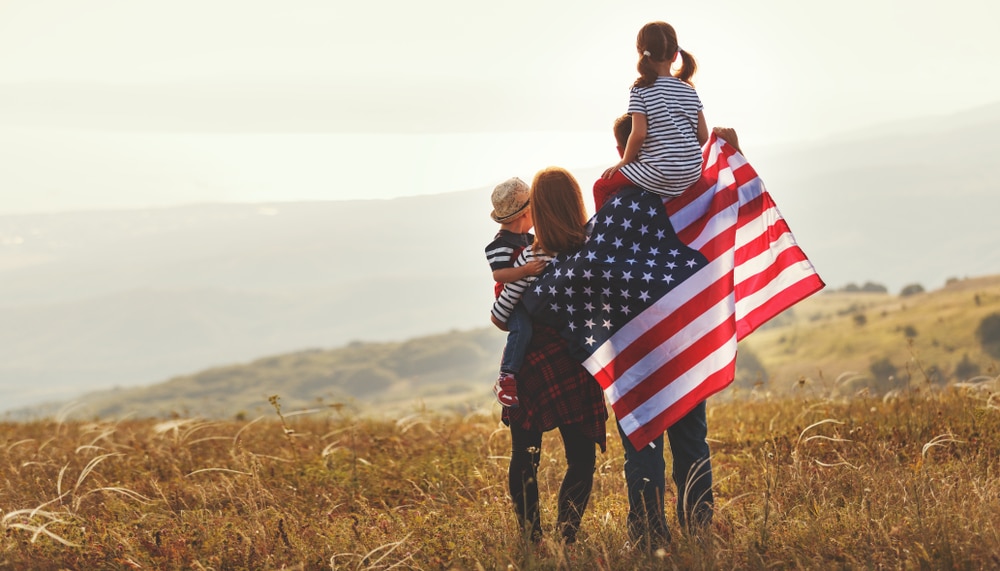 (OPINION) ETH – Two pastors have recently delivered their warnings for America. The first is Pastor John Kilpatrick who pastored the Pensacola, Florida, church where the famous Brownsville Revival began on June 18, 1995, and today currently resides as senior pastor of  Church of His Presence in Daphne, Alabama. Kilpatrick delivered a sobering and powerful message to America where he warned about God’s reckoning, one of both warning and hope.

According to Charisma News, Kilpatrick delivered the message on Thursday, Oct. 8, where he stated:  “the Holy Spirit spoke to me that morning,” Kilpatrick says. “It was before daylight, and I was sitting in my dark den, just praying after I got up. And I heard the Holy Spirit say to me, ‘There are less than 30 days before the day of reckoning begins.’ “And it sort of took me by surprise,” Kilpatrick says. “I didn’t really know what to do with that. But as I began to pray about it, I really felt like the Lord was showing me three different categories.

I believe that No. 1, the Lord was showing me that the church, His true church, is going to be kept and protected, watched over. And you know, God always said that His people, whenever they would humble themselves and pray, that He would hear; He would forgive; He would heal the land. … But I’ve really felt like the Holy Spirit was saying to me also, these days of reckoning that are coming are days that God’s going to begin to deal with the apostate church, the church that has become apostate.

“And by that, I mean, the church basically, they’ve just they veered from the Lord,” Kilpatrick says. “And they have bound and gagged the Holy Spirit, basically, in churches, not only across this land but in other nations as well. The church has become apostate, and I think it’s probably part of the great falling away. “But I believe God loves the church so much that He’s going to deal with it,” he says.

“And that’s why He gave me that warning about the days of reckoning are going to begin in less than 30 days. “And so the third area is, I feel like God’s going to deal with is that America has turned its back on God,” Kilpatrick says. “I believe God loves America and has a plan for America, but I believe He’s going to deal with America, and days of reckoning are coming for the country also.”

Kilpatrick also addressed the upcoming election as well. and said: “I feel confident. And I feel very hopeful that because of the stance that President Trump has made, defending the unborn and defending Israel as well as Jerusalem, and things that concern the body of Jesus Christ, the church … I just believe God is going to put him back in office. “I don’t believe that—like many people have said—I don’t believe that he’s a man of God,” Kilpatrick says.

“But I believe they’re going to vote for him because they’re afraid for their country, and they’re afraid of the trajectory that the country is on,” Kilpatrick says. “And I do believe that he’ll go back in, and I don’t believe it’ll be by a slim margin; I believe he’ll go back in probably with an overwhelming vote.” The second pastor is Jack Hibbs, who is the founder and senior pastor of Calvary Chapel Chino Hills in Southern California.

Hibbs recently wrote a piece for Charisma News, warning that America can only be saved under the leadership of Donald Trump as president. Hibbs stated that the 2020 presidential election is a clear choice between a president who understands “America first” and a presidential nominee who is eager to give the keys to our country to the world. Hibbs stressed that  President Trump has stood up to the forces of globalism, which has attacked him with a ferocity like never before because he understands that the United States should never yield its sovereignty.

Hibbs went on to say:  “As we look at organizations such as The United Nations, NATO, World Bank, IMF and the World Health Organization or treaties such as the Paris Climate Agreement, Trans-Pacific Partnership and the Global Compact for migration, it’s difficult to deny that the world is heading toward a global government. For some, this is the dream of globalization. For others, losing our sovereignty is the worst thing for the United States.

The COVID-19 pandemic helped us realize that we have become too dependent on other countries for our medical supplies and drugs; globalism is at stake for “We the People.” “The great republic of America was originally built on the promise of individual liberty, freedom, and free enterprise. Sadly, this foundation has become misunderstood, and it is threatened today by many American citizens.”

“In fact, there are citizens who believe that a “new world order” is the best option for America’s future. This “new world order,” a term coined after the fall of the Berlin Wall, complements globalism and the desire to reach a one-world government. It is a movement to bring a globalist approach to law, to the economy, and to governance that will ultimately control the entire planet with one centralized, “perfect” government.”

Hibbs says that President Trump has proven his commitment to nationalism through policy and action and has pulled America out of non-nurturing agreements and organizations like the Paris Climate accord and the Trans-Pacific Partnership, because they were designed to drag us into a globalist one-world government. You can read the full article from Jack Hibbs HERE