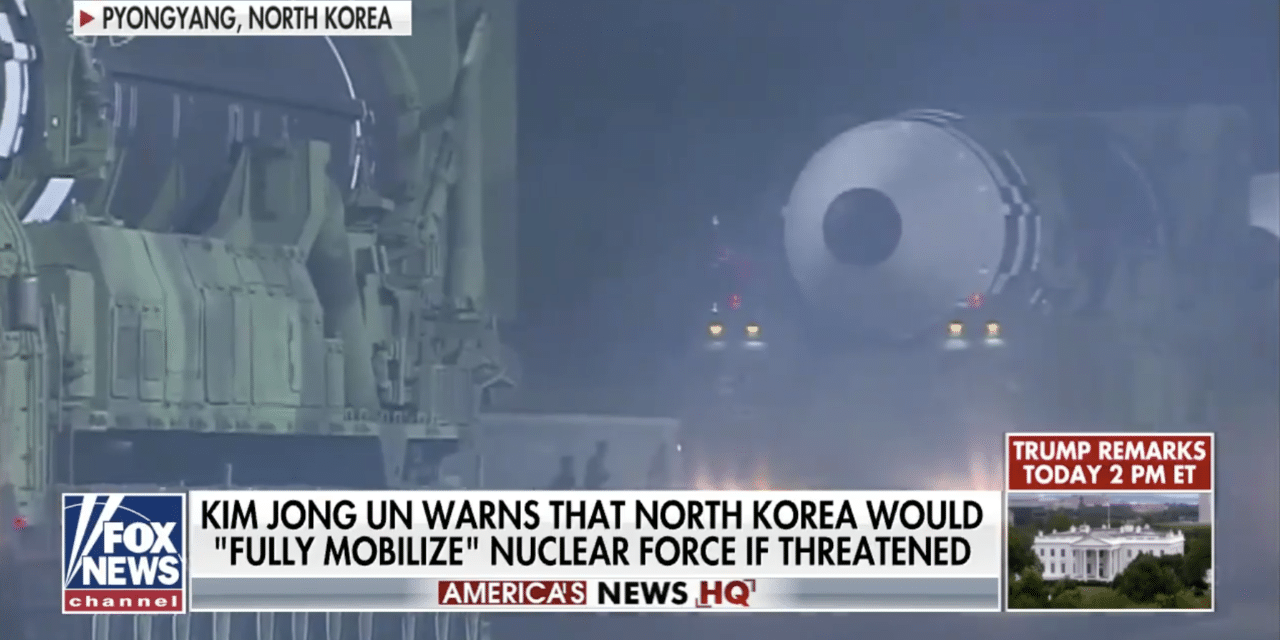 (ETH) – North Korea has reportedly unveiled new weapons at a recent military parade. This follows the recent warning from Kim Jong Un that North Korea would “fully mobilize” its nuclear force if threatened.

Kim was seen taking center stage at a military parade that unveiled what appeared to be a new intercontinental ballistic missile and other weapons according to Fox News. Kim described the continuing efforts of his country to develop its nuclear deterrent as necessary for its defense and said it wasn’t targeting any specific country.

But “if any force harms the safety of our nation, we will fully mobilize the strongest offensive might in a preemptive manner to punish them,” he said. Kim continued with a speech that was highlighted by thousands of troops, tanks, armored vehicles, rocket launchers, and a broad range of ballistic missiles that were rolled out in Pyongyang’s Kim Il Sung Square.

Included in the weapons lineup was what was possibly the North’s biggest-yet ICBM, which was seen mounted on an 11-axel launch vehicle that was revealed for the first time. North Korea also displayed a variety of solid-fuel weapon systems, including what could be an advanced version of its Pukguksong family of missiles designed to be fired from submarines or land mobile launchers.