‘Nineveh Warning’: An Urgent Prophetic Dream About the Fight for Life 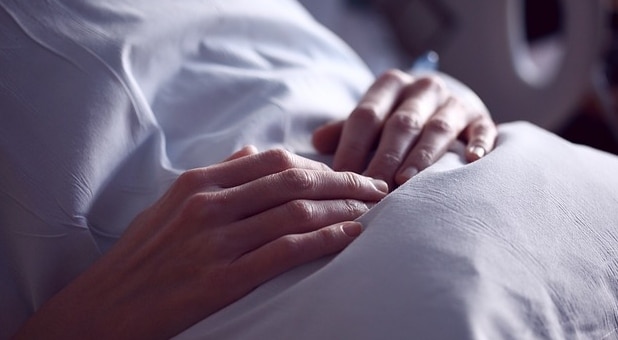 (OPINION) Charisma – I recently had a prophetic dream where I was taken up to an elevated position over the United States and saw the word, “Nineveh” written over the landscape of the nation. I then was immediately taken into a large courtroom that was filled with all sorts of angelic beings. Many of them had beautifully colored wings while others had the features of humans, only taller in appearance. A gavel was suddenly slammed down in the courtroom and our attention was shifted to the case at hand.

The United States and Nineveh

A man in a suit quickly walked in carrying a briefcase that had, “The Antichrist spirit” engraved on it. He approached the judge, and on the paper, he handed to him was clearly written, “ABORTION.” It seemed as if the angelic beings in the courtroom began to be filled with wonder and curiosity. It seemed that they were waiting for the judge to make a ruling on the case so that they knew their assignments.

Lou Engle and the Gray/White Hairs

Immediately, the dream shifted to a morgue where I was taken inside of a room and waited for a body in a bag to come out. The body was wheeled out before me on a bed and the bag was unzipped. Underneath was the body of Lou Engle. He had a very long white beard and had the appearance of a young, physically fit man. I wept in the dream over Lou and shouted, “Lou, we need you! The womb of this nation needs you! The intercessors and the prophets need you! Judgment has been decreed upon the land as in the days of Nineveh, but the word of the Lord is that the judgment can be overturned! We must cry out for repentance and mercy in these days!”

Suddenly, one of the angelic beings who were in the courtroom earlier appeared with a gigantic golden key. The angel drove the key directly inside Lou’s heart, and a bolt of lightning hit the room. Lou jumped off the table with a staff in his hands. He looked at me in the dream and said, “Jeremiah, I once as a young man called the Nazirites forth in this nation, but now as an older man, I will call forth the grandparents in this nation to fight for life!”

( I felt instantly in the dream that there was a direct connection in the spirit realm to grandparents in the United States championing this issue of abortion in their last days. They in their 50s, 60s, 70s, and 80s are carrying specific authority to do so.) Lou continued and said, “I once called upon the long-hairs (Nazirites), but now I will call upon the white- and gray-hairs” (grandparents/older generations). READ MORE