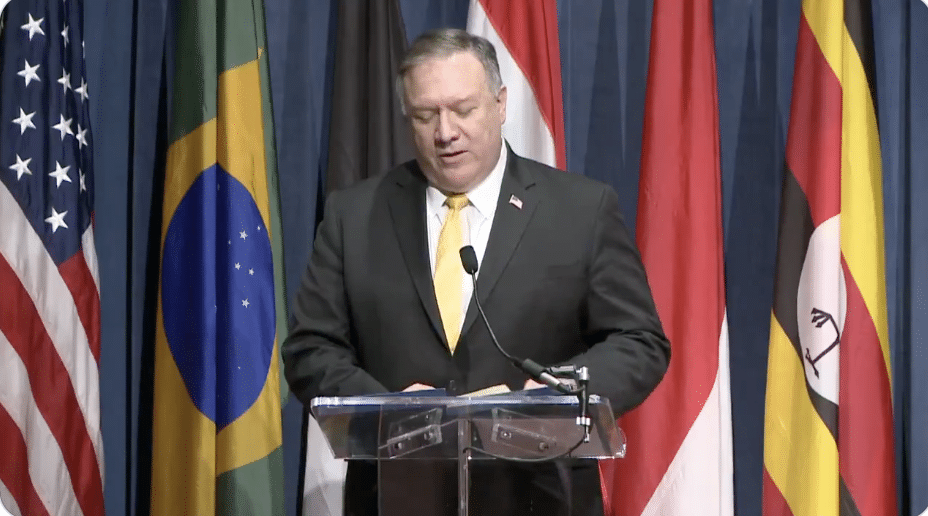 According to CBN News, Signatories also reaffirmed the “inherent ‘dignity and worth of the human person’ and that ‘every human being has the inherent right to life.’” The letter also reestablished the commitment “to enable women to go safely through pregnancy and childbirth and provide couples with the best chance of having a healthy infant.”

This also follows the recent confirmation of Judge Amy Coney Barret who is also a huge advocate for defending the life of the unborn. Conservative leaders and prominent evangelical pastors even praised her confirmation as an associate justice to the U.S. Supreme Court Monday evening, describing her as a fair and highly qualified voice to join the bench.

“From Alaska to Florida, Students for Life and SFLAction has been knocking on doors and making calls reminding Americans to vote Pro-Life first, especially as we consider the implications of just who gets to pick the judges for the generations to come.

Our tour was expanded to embrace the nomination of Judge Barrett because she represents the future of a Court that puts the law over private agendas,” said Students for Life of America and SFLAction President Kristan Hawkins in a statement celebrating the 52-48 U.S. Senate vote to confirming Barrett. They added, “Today is the culmination of years of work, decades of work, seeking to nominate justices to the Supreme Court who will protect life in law. Judge Barrett is a brilliant jurist who will bring a fresh perspective to the law for years to come.”