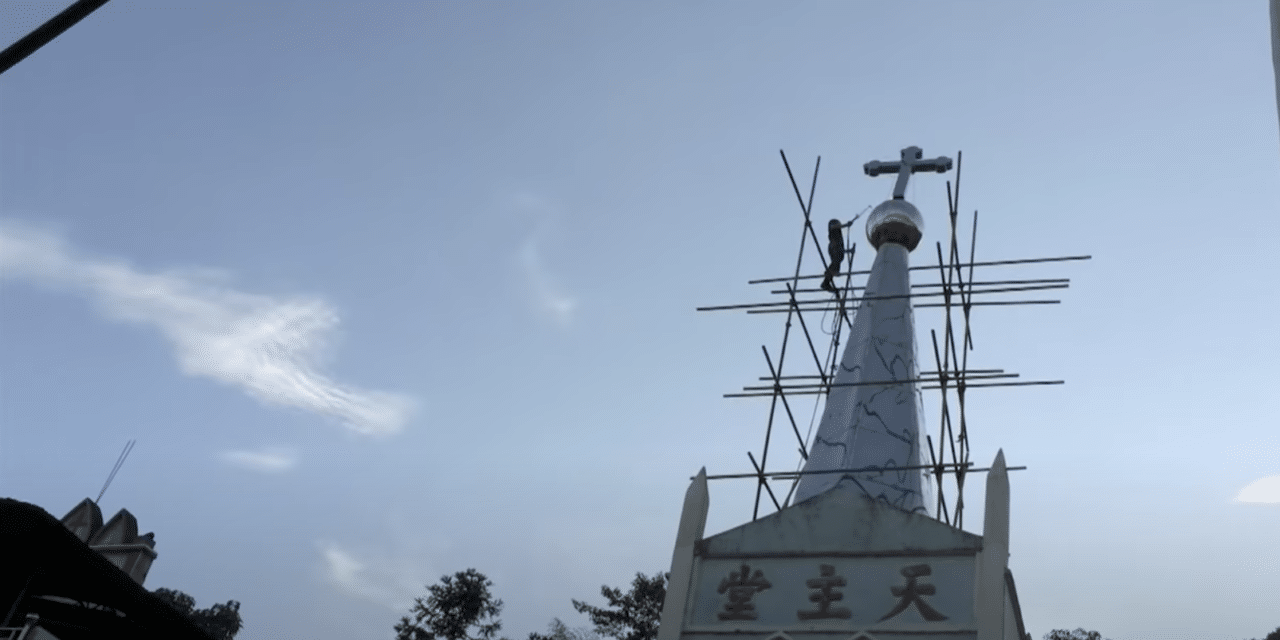 (ETH) – A new report from Bitter Winter is stating that Chinese Communist Party officials have ordered dozens of churches in China to replace crosses with the five-pointed star, that of course, is the symbol that is featured on the country’s flag to represent the CCP and its role in the nation.

The report highlights that back in August, the Two Chinese Christian Councils in a county-administered by the prefecture-level city of Jiujiang in Jiangxi Province ordered more than 70 affiliated churches to immediately remove the cross from their official seals and erect the five-pointed star, which is used in all other state-run institutions, in its place. This follows a recent demand that churches remove Chinese characters for “Christianity” from church seals.

“All official churches were ordered to replace their seals so that believers accept the Party as the main leader and follow only it,” a Three-Self Church venue director from Jiujiang said. “The cross is the symbol of our faith, and that is why it has been inscribed in churches’ seals,” another Three-Self venue director said.

“The government replaces it with the five-pointed star to show its power.” These latest orders are all part of President Xi Jinping’s ongoing religious sinicization policy, which requires Christianity and other religions to fully embrace socialism and the leadership of the CCP.

According to the Christian Post, back in July, the government of Lanling county’s Dazhongcun, administered by the prefecture-level city of Linyi in Shandong Province, reportedly removed crosses from “numerous state-approved Three-Self Church venues,” along with other religious symbols and slogans also being removed from the buildings. During the demolition, one of the town officials told onlookers that “crosses must be removed from all churches because Christianity does not belong in China.”