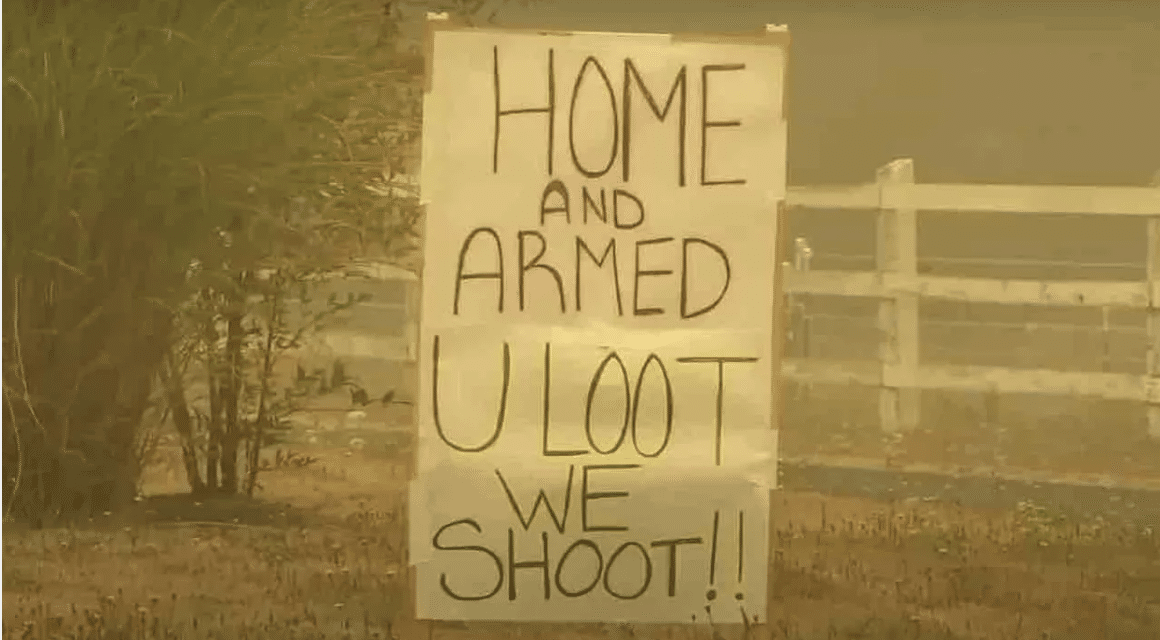 (TheBlaze) – Some residents in Clackamas County, Oregon, have taken to posting roadside signs warning potential lawbreakers that if they’re caught looting or setting fires, they may find themselves facing the wrong end of a gun — and feeling the pain of a bullet.

KPTV-TV’s lead news photographer Devin Eskew encountered a number of such warning signs as the state battles huge wildfires: While KPTV-TV reported on the posted warning signs and the Riverside Fire’s devastation,

the station didn’t speak to locals who might have reactions to the messages on the signs in Estacada and Colton. But folks reacting on Twitter to Eskew’s photos of the signs had a few things to say. Some were flat-out against the signs:

It seemed, however, that quite a few more users were in support of the signs: