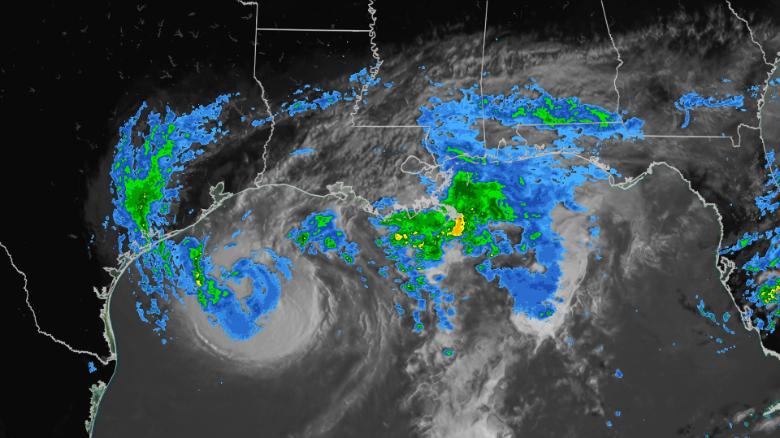 (CNN) – Tropical Storm Beta is churning off the coast of Texas with winds of 60 mph as it takes aim for a potential landfall Monday night or Tuesday morning.

A storm surge warning is in place from Port Aransas, Texas, to Cameron Parish, Louisiana, where 2 to 4 feet of storm surge is possible. Floodwaters fill a parking lot in Port Aransas, Texas on Sunday ahead of Tropical Storm Beta. Beta’s slow-moving approach is expected to produce rain over a long period, causing flash, urban and river flooding, the National Hurricane Center said Sunday night.

After the storm makes landfall along the Texas coast, it is forecast to head northeast across the Texas coastline into Louisiana. Voluntary evacuations have been issued for several parts of Galveston County, including for residents west of the Galveston Seawall and Jamaica Beach, “which has already experienced some pretty significant flooding,” Galveston County Judge Mark Henry said at a briefing Sunday.

Storm surge has flooded some roadways, leaving debris and causing closures in the Houston area. Several roads in Galveston were closed Sunday night due to high water, the Texas Department of Transportation Houston district said on Twitter. READ MORE