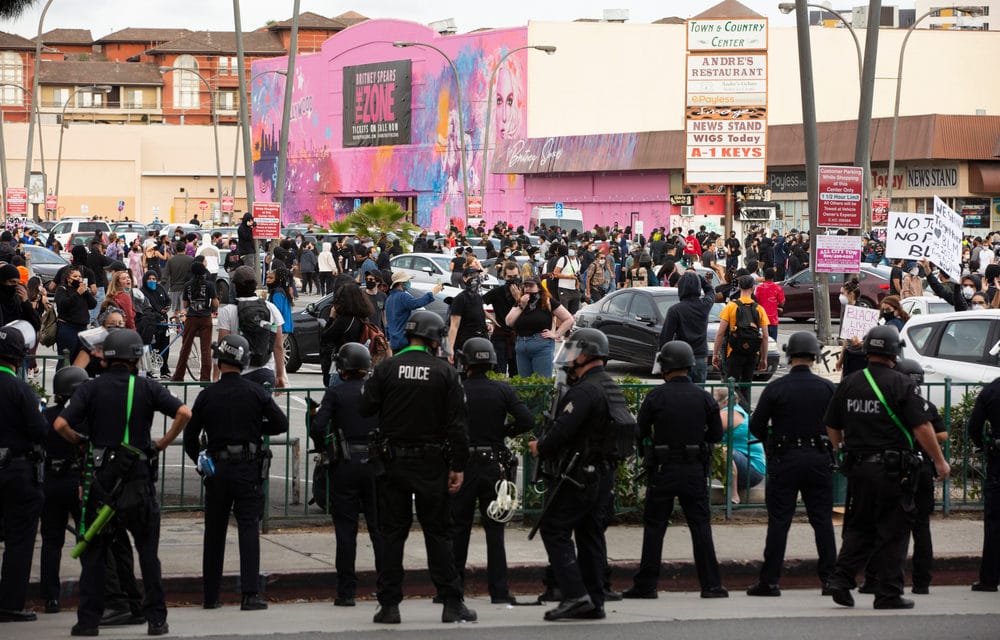 (ETH) – We are less than two months away from the presidential elections and the FBI has just made a strong warning to police nationwide to expect an increase in election-related threats — and, potentially, violent attacks — from domestic extremists.

The warning obtained by Yahoo News stated that Domestic violent extremists “across the ideological spectrum will likely continue to make plots against the government and election-related targets in defiance against government policies and actions,” the report came from a recent election-focused bulletin sent to law enforcement across the country from the FBI.

The FBI document details that since the beginning of August, the agency has observed violent extremists “threatening 2020 political candidates or events, including threats against current candidates for President, presidential conventions, and counter-protestors at campaign rallies, as well as individuals committing arson or sending threatening packages targeting political party offices.

The FBI is warning that these types of threats will likely increase as the presidential election gets closer, despite the current focus of many [domestic violent extremists] on the COVID-19 pandemic and civil unrest. The FBI went on to warn that the rise in threats is coming from the man of the same groups that previously showed up at protests in recent months looking for opportunities to become violent.

This information was provided by Nate Snyder, a former Obama counterterrorism official who reviewed the FBI bulletin.  “There’s a real concern that violence is going to escalate with these domestic terrorist groups with the election coming up,” Snyder also stated:

“My biggest fear is that the White House and the president, coming up to Election Day, is that they’ll be saying we need to protect our elections, protect our polls,” Snyder said. “Then we’re going to see these groups potentially showing up at polling stations, and you’ll see voter intimidation and suppression.”