Tens of Thousands of Christians Gather to Pray, Worship in DC 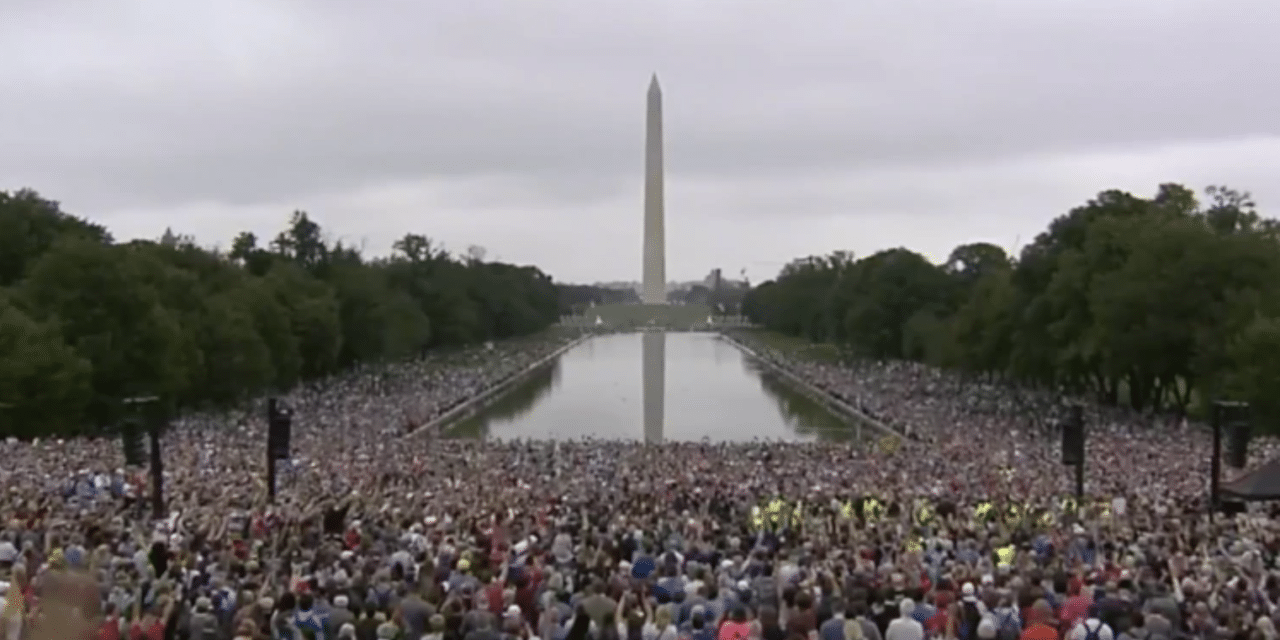 (Todd Starnes) – Tens of thousands of Christians are gathering in Washington, D.C. today for a prayer march hosted by Franklin Graham and a worship event called “The Return.” Vice President Mike Pence delivered opening remarks at the prayer march.

“In these challenging times, we do well as you do today to remember that in everything by prayer and petition with thanksgiving that we are to present our requests to God,” the vice president said. “And we can claim the promise that the Peace of God that passes all understanding will guard our hearts and minds in Christ Jesus as His grace has through the generations of this nation.”

“We need to be the United States of America, not the divided states of America,” the famed evangelist said before the march. Graham has been warning Christians about the rise of socialism in America and the threat it poses to people of faith. “I’m just concerned that the people in this country don’t realize that the left, the socialists,

want this country to look like Cuba… like Venezuela,” he said. Graham said the focus of the march is to pray for the nation and all those in leadership roles, both Republicans and Democrats. The march is set to begin at the Lincoln Memorial an end at the Capitol Building. READ MORE