Swarms of mosquitoes wipe out hundreds of cows, deer and horses after hurricane 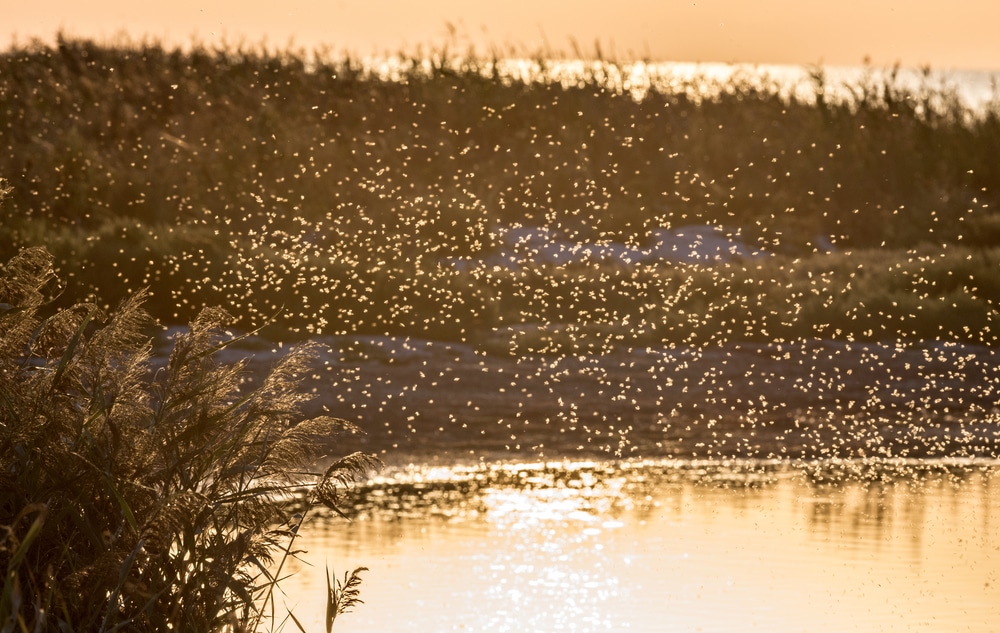 (ETH) – Hurricane Laura has created the perfect storm for swarms of mosquitoes that has reportedly killed 300-400 cattle. The animals died after losing a significant amount of blood and being deprived of oxygen from trying to escape the swarms of mosquitoes.

The aminals that were killed were reportedly hundreds of cows, deer, and horses. The result of all the rain and standing water produced thousands of mosquitoes that descended in the state of Louisiana after Hurricane Laura according to a press release from Louisiana State University AgCenter veterinarian, agent, and a press release.

Veterinarian Craig Fontenot told the Centre there were a lot more “on the verge of dying”. He added that “they can’t get enough oxygen”. According to Jeremy Hebert, an LSU AgCenter agent in Acadia Parish: “The population just exploded in the southwest part of the state.” He continued: “The spraying has dropped the populations tremendously.

It’s made a night-and-day difference.” The scale of this outbreak was much larger than Mr. Hebert anticipated. He told USA Today: “As soon as you would walk outside, your legs would turn black from the sheer amount of mosquitoes.”

According to AgCenter extension veterinarian, Dr. Christine Navarre certain products can be applied to ward off the mosquitoes.  She explained: “Basically, there are many products that can be applied to the animals, either in a spray, spot-on or with back rubs. “It will depend on what is available locally and what works for the situation.”