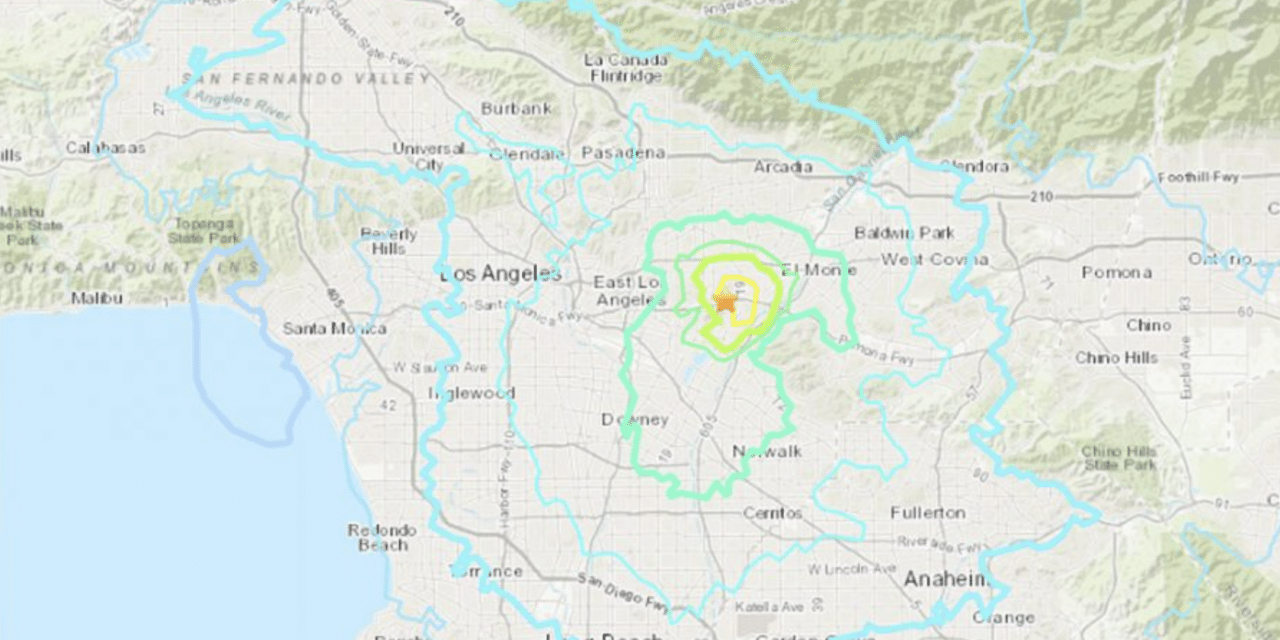 (Fox News) – A magnitude-4.5 earthquake shook Southern California shortly before midnight Friday, with aftershocks measuring 2.1 and 1.6 on the Richter scale following soon after. The U.S. Geological Survey downgraded the quake from a preliminary 4.6.

The earthquake, centered just southwest of El Monte in eastern Los Angeles County, was felt as far south as San Diego, according to early reports. There were no “significant” reports of damage and no injuries reported, the Los Angeles Police Department and L.A. Fire Chief Ralph Terrazas tweeted following an immediate assessment early Saturday.

Following the late-night quake, Twitter lit up. “Woke up from the #earthquake I’m like shaking I dunno what’s up with me,” singer Bebe Rexha tweeted. “I was expecting it to be a bad one. Hope you are all safe. Love you.” “No do not use this earthquake as an opportunity to text you’re ex – he’s fine,” comedian Whitney Cummings hilariously tweeted after the shaking subsided.

“I gotta say I felt that one,” another person tweeted. Seismologist Lucy Jones said the location was close to where a magnitude-5.9 quake struck in 1987, killing several people and causing more than $200 million in damage, the Times reported. READ MORE