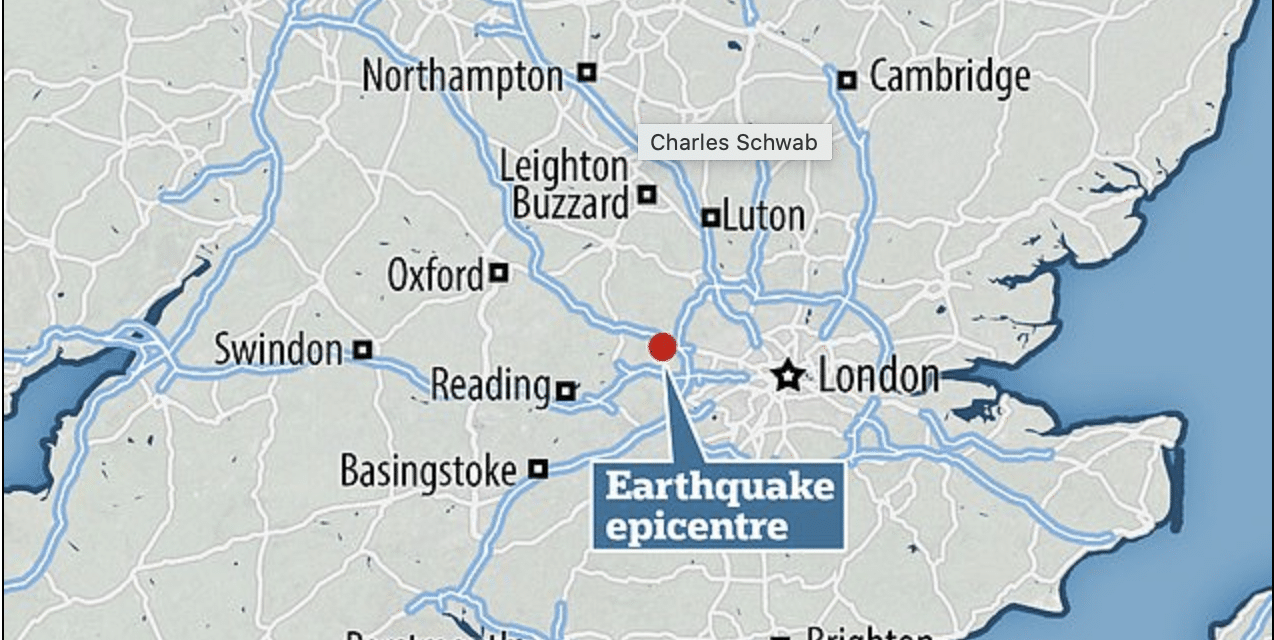 (ETH) – A rare 3.9 magnitude earthquake has struck Bedfordshire in England sending shockwaves through southern England where locals in Bedfordshire, Buckinghamshire, and Hertfordshire all reported feeling the quake with one resident saying they ‘felt their whole house shake’.

The British Geological Survey (BGS) has confirmed that it is currently investigating reports of an earthquake that has been described as a ‘large explosion’. Several locals described the quake feeling “as a convey of HGVs driving past my front door at great speed’ with others claiming ‘the house had one dramatic shake’.

There was also shocking footage that was captured inside a home in Leighton Buzzard, Bedfordshire – reportedly the epicenter of today’s quake – showing the moment the earthquake struck. Witness Dean Gray also shared footage of his terrified dogs on Twitter with the caption: ‘Actually thought my house was falling down.’

The region impacted has approximately 610,000 people that live in the impact zone areas according to the European-Mediterranean Seismological Center. One local resident wrote on Twitter: ‘What the h*** was that? Felt like an earthquake in Bedfordshire.’ Another said: