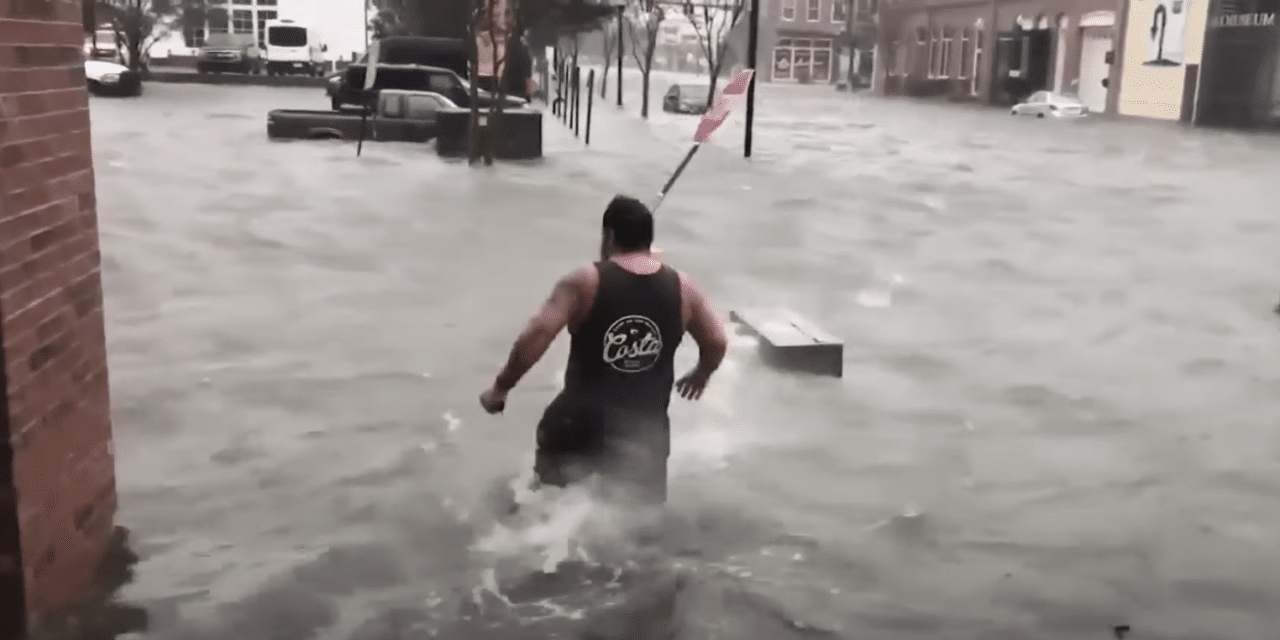 (CBN) – The remnants of Hurricane Sally, now downgraded to a tropical depression, are bearing down on the Deep South, moving slowly as the storm dumps record amounts of rain and leaves behind a trail of destruction.

So far, it’s blamed for at least one death. Streets are now rivers in the Florida panhandle. Hundreds of people have been rescued from their homes, and thousands more are still at risk from Sally’s fury. The super-soaker of a storm made landfall Wednesday as a Category 2 hurricane.

With winds over 100 miles per hour it left trees and powerlines snapped like twigs, buildings stripped bare, and a church steeple toppled over. In places like Pensacola, Florida, where more than two feet of rain were recorded, streets and neighborhoods are completely flooded.

So far there have been hundreds of rescues and thousands of people from Alabama to the Carolinas have been forced to evacuate. “Evacuations could be in the thousands,” said Sheriff David Morgan of Escambia County, Florida.

“It’s going to be a long time before we come out of this thing.”  The storm washed out dozens of roads in the region and a chunk of Pensacola Bay Bridge was swept away after a construction barge slammed into it. READ MORE