Record-breaking hurricane season runs out of traditional names, moves on to Greek alphabet 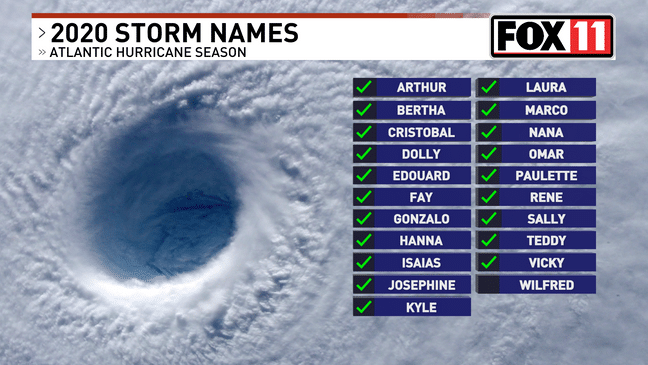 (CBS) – The National Hurricane Center — for only the second time ever — has resorted to using the Greek alphabet this hurricane season after running out of traditional names in a year that continues to smash records.

The Greek alphabet comes into play after 21 traditional names like Laura and Sally are used, starting with an “A” name and progressing in alphabetical order as new storms form. The letters Q, U, X, Y, and Z aren’t used.  Now, after storms in the Atlantic, this year have formed at a faster pace than ever before, forecasters are out of traditional options.

On Friday, Subtropical Storm Alpha came to life off the coast of Portugal just after the season’s 21st storm, Tropical Storm Wilfred, formed earlier in the day — using the last of the traditional names. Then Beta formed in the Gulf a few hours later.

This is only the second time in Atlantic history that three named systems have formed in one day. Forecasters said Wilfred poses no threat to land, while Alpha is expected to be short-lived but bring winds and rain to parts of Portugal.  Next up after Beta would be Gamma and Delta. READ MORE