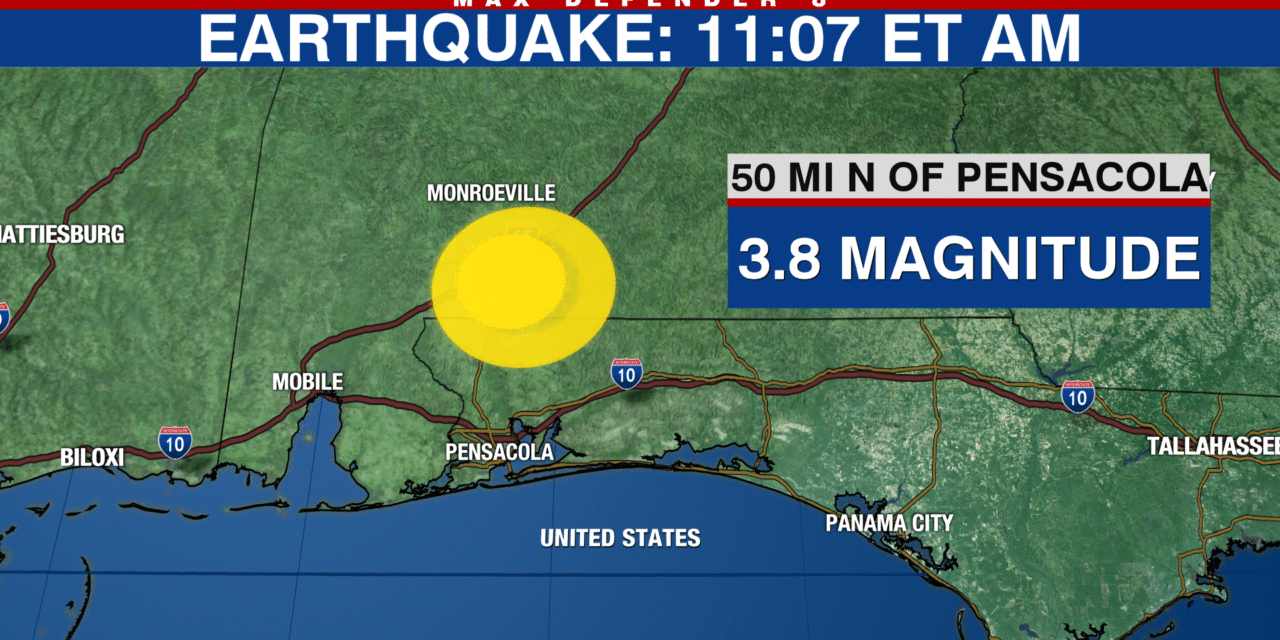 (ETH) – A magnitude 3.8 earthquake was reported along the Alabama-Florida line on Thursday morning just north of Mount Carmel, Florida.  According to the USGS, The location is a mostly forested area southwest of Brewton, Alabama.

Area residents reported the shaking from the quake but no damage has been reported. More than 70 residents reported that they felt the quake, according to the USGS. Some felt it as far south as Pensacola. Earthquakes are rare in the state of Florida being that there are no major fault lines throughout the state.