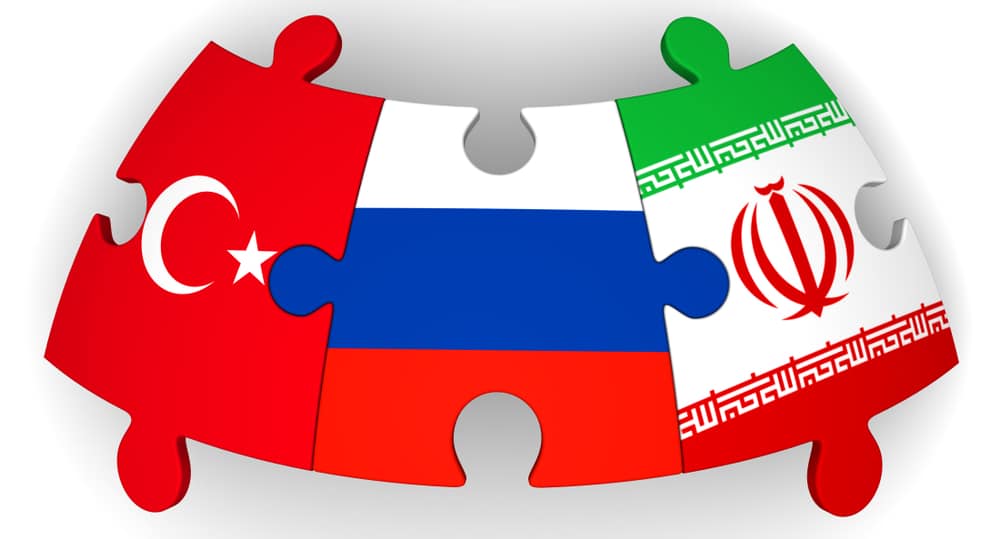 (OPINION) ETH – An announcement today that was reported from the Jerusalem Post, is definitely one that fits into Bible Prophecy. According to the report, Iranian President Hassan Rouhani recently spoke with his Turkish counterpart Recep Tayyip Erdogan on Tuesday.

This meeting was also described by Iran’s Tasnim News Agency as working to form the “strong foundation” for future work. and Turkish pro-government media also characterized the discussions as trending towards high level “cooperation.”

The report got even more prophetic when it stated that “Iran and Turkey, along with Russia, have worked closely together in Syria, even though Turkey ostensibly backs the opposition Syrian rebels against the Russian-backed Syrian regime.”

The common denominator of the trio is that Iran, Turkey, and Russia all oppose the presence of the US in Syria and have worked to undermine America’s role. Another thing they have in common is that Iran and Turkey both oppose Israel and support Hamas.

The report goes on to state that Turkey continues to work with Russia to buy air defense systems from Moscow, much to Washington’s dismay.  Turkey and Iran, have sought to boost trade, are also continuing to become closer politically.

So why is this “Prophetic” and where is this leading? “ In the 38th and 39th chapters of Ezekiel the prophet speaks of a coming great war that takes place ‘in the latter years’; and will take place in the ‘mountains of Israel’ that will involve Nations that have been gathered together against Israel that shall be relatively unprotected,

and called a ‘land of unwalled villages’; the prophet says the Nations will come from the north ‘to cover the land’ as a cloud; In this list of Nations, Iran, Turkey, and Russia are mentioned among others that will be a part of this coalition with one objective and that is to attempt to destroy Israel!

It appears that the pieces of the puzzle are coming together before our eyes as these Nations are forming alliances to fulfill prophecy in the last days.