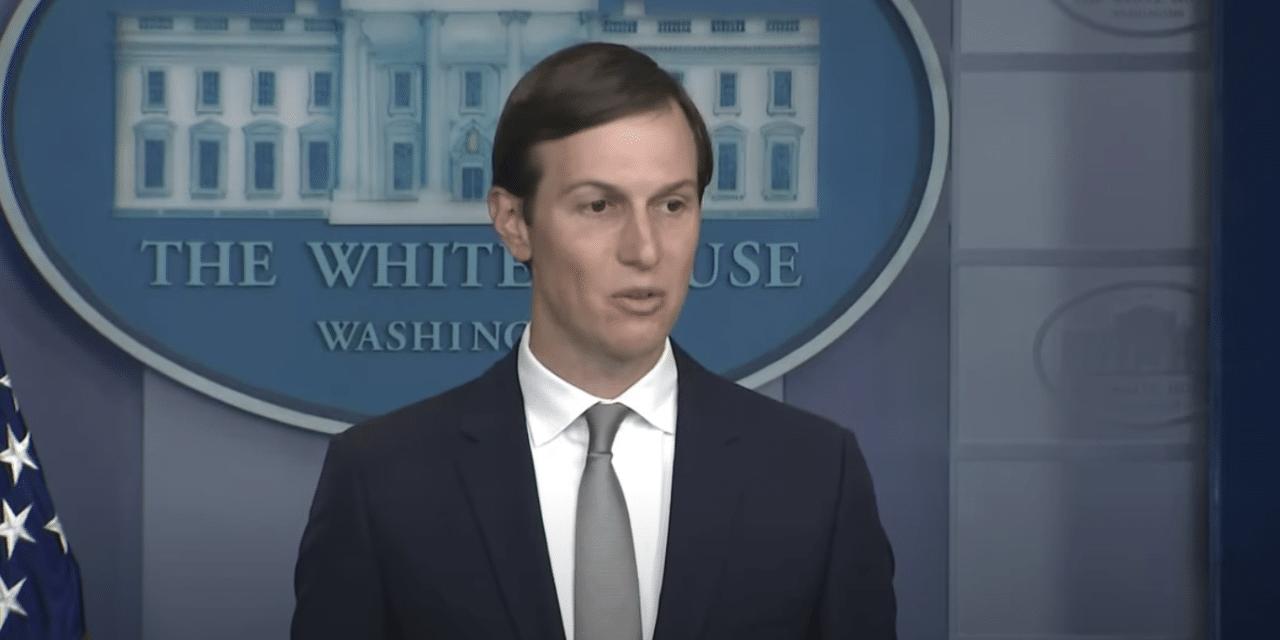 (ETH) – Senior White House adviser Jared Kushner further elaborated this week on the ongoing “Mideast peace plan” in the Mideast by stating that the Trump administration’s plan is an attempt to “save the two-state solution” because it prevents Israel from further expanding its presence in the West Bank. Kushner stated to reporters:

“The reality today is that a lot of this land is inhabited with Israelis,” During this call, Kushner, who was extolling the Trump administration’s efforts to reshape the Middle East, was questioned regarding the Palestinians appearing to be left behind in the plan.

Kushner assured that the Trump plan presented in January of this year was still on the table even after being rejected by the Palestinians and that the plan provides them with their best hope of stopping continued Israeli settlement expansion in the West Bank, which Israel captured in the 1967 Six-Day War. Kushner stated:

“What we did with our plan was we were trying to save the two-state solution, because… if we kept going with the status quo… ultimately, Israel would have eaten up all the land in the West Bank,”  The Times of Israel reveals: “The US plan would grant the Palestinians a state with restricted sovereignty in Gaza and in most of the West Bank, with additional land swaps from inside Israel, while allowing Israel to annex some 30 percent of the West Bank including all its settlements and the Jordan Valley, and to keep nearly all of East Jerusalem.”

Kushner went further to stress that the Trump peace plan allows Israel to maintain roughly 30% of the West Bank, and the semi-contiguous territory that remains is enough for the Palestinian Authority to create a state. “And so, right now, you have a situation where there is land that could become a Palestinian state.

It is possible to connect it, but the land that Israeli settlers are in right now is land that Israel controls, and the odds of them ever giving it up is unlikely,” Kushner said. “That’s why the map that we drew was what we thought was a realistic map… we played the ball as it lies, right? We took the realities in the world today and we drew a map based on that, knowing what was achievable and what was not achievable.

“So, again, you know, people used the Arab Peace Initiative, and that was a great effort, but it was in 2002,” he added. “If that would have worked, then we would have made peace a long time ago. So, you know, we need new points of reference, and that’s what we have right now.”